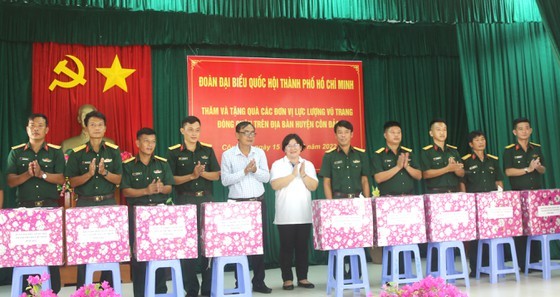 The HCMC Delegation of the 14th and 15th National Assembly (NA) deputies visit and offer gifts to troops stationed on Con Dao Islands.
The event marked the 47th anniversary of the Liberation of Southern Vietnam and National Reunification Day (April 30) and the 132nd birthday of President Ho Chi Minh (May 19).

Speaking at the event, Deputy Head of the delegation Van Thi Bach Tuyet expressed her joy at the development of Con Dao Island and tourism infrastructure, preservation and promotion of historical values, and improvement of the living standards of local people and soldiers on the island. 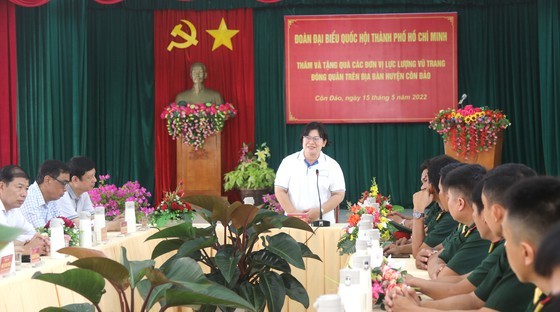 Deputy Head of the delegation Van Thi Bach Tuyet  speaks at the meeting.
She believed that the coast guard force on the island will successfully complete the assigned task, contributing to the construction and protection of the island.
According to the Head of the military command of Con Dao District Pham Van Non, Con Dao archipelago includes 16 islands. The district has been focused on developing the social economy after the Covid-19 pandemic was basically brought under control; strengthening tourism development and progress of projects, including Con Dao Airport upgrade. 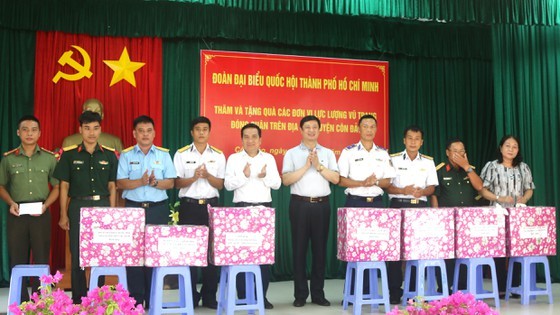