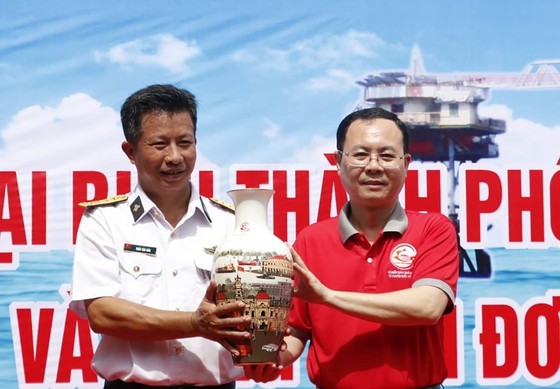 The delegation also visited and paid tribute to heroic martyrs at Hang Duong and Hang Keo cemeteries on Con Dao Island. Deputies sincerely commemorated and expressed deep gratitude to the heroes and fallen soldiers who sacrificed themselves for the independence and freedom of the nation on the islands, also known as the holy land. 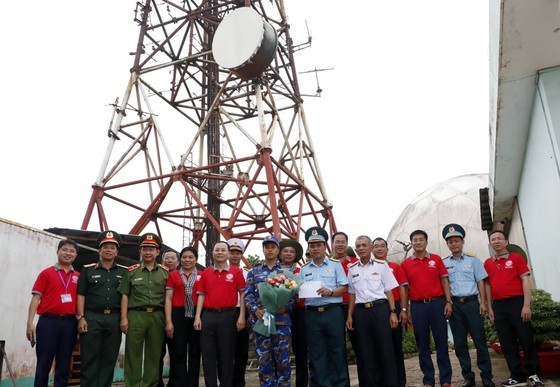 HCMC's delegation visits the Radar Stations 590 and 32 on Con Dao Island.
Vice Secretary of the HCMC Party Committee Nguyen Van Hieu affirmed that the building management force of sea, islands, and ocean economic activities is an urgent and important task. In particular, the Vietnam People's Navy is the core service in protecting Vietnam's maritime sovereignty.
The municipal Government has always been interested in caring for the armed forces who are working day and night around islands to protect the country’s sovereignty, he added.
The delegation of HCMC's leaders and officials has carried out a trip to visit cadres, soldiers of the Naval Regions 2 and 5, and local people on the southwestern islands on September 24- October 1. 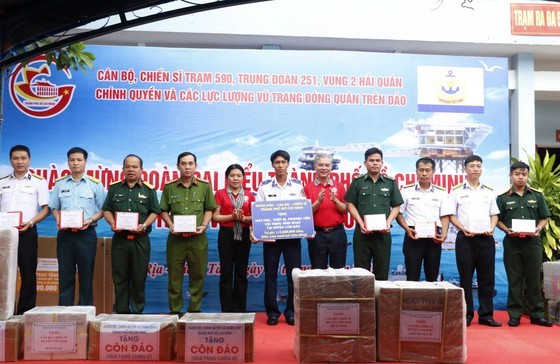 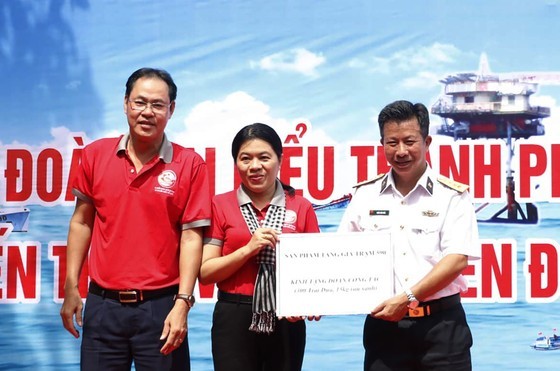 A representative of the Regiment 251 (R) presents a gift to the HCMC's delegation. 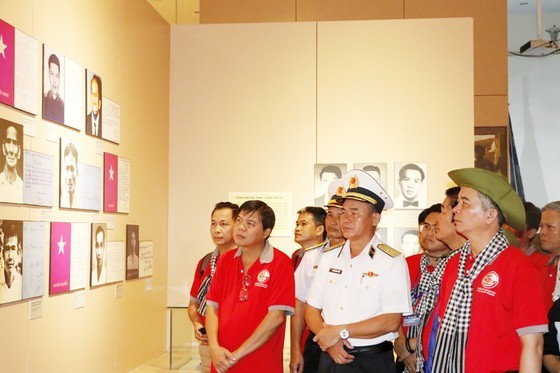 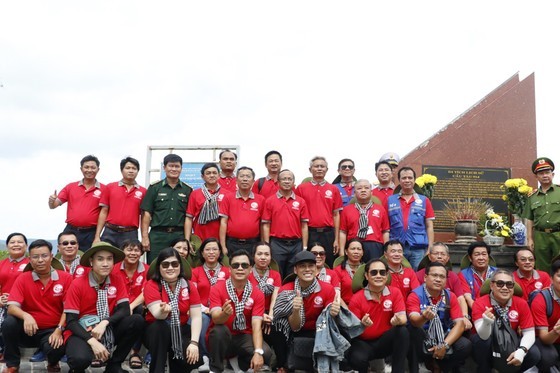 Delegates visit the relic of Wharf 914 on the island.