The Ho Chi Minh City leader highly appreciated Australia’s support for Vietnam to UN peacekeeping activities, including the dispatch of the first hospital to the UN mission in South Sudan in October 2018 and the second level-2 field Hospital No. 2 on November 26.

He suggested that travel enterprises of HCMC and Australia would have opportunities to introduce tourism potentials of the two sides and discuss on partnerships and cooperation.
The Governor General stressed that Vietnam and Australia have a good relationship for the time being. He affirmed that Australia is expanding cooperation and welcomed the suggestions of Secretary Nhan.
On the same day, the delegation of officials of Ho Chi Minh city visited the staff of the Vietnamese Embassy and expatriates in Australia.
Secretary of Ho Chi Minh City Party Committee Nhan expressed his pleasure with the growing bilateral relationship in various sectors thanks to the outstanding contribution of overseas Vietnamese and the Vietnam Embassy in Australia.
The municipal leader wished to receive more contributions from the OVs to the cause of national building and development as well as HCMC’s sustainable development.
The HCMC's delegation also visited Parliament House in Canberra and observed a parliamentary session.

Leaders of the two sides talk at each other. 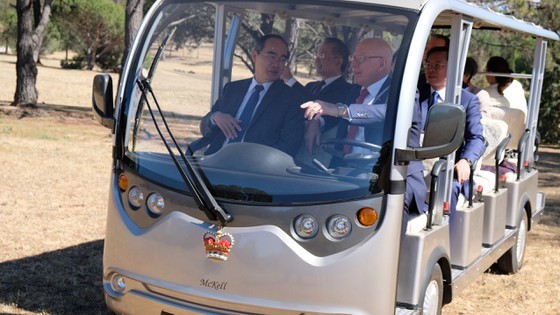 Governor-General of Australia, David Hurley drives himself to carry Secretary of HCMC Party Committee Nguyen Thien Nhan to visit a garden in the Government House. 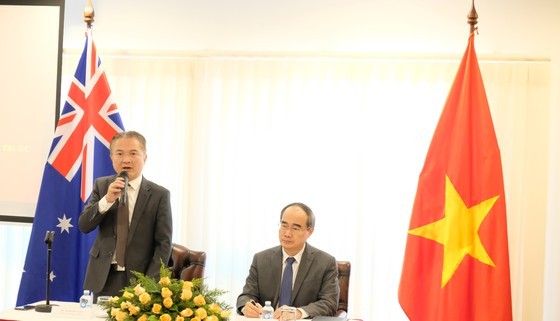 Vietnamese Ambassador to Australia Ngo Huong Nam speaks at the meeting between Secretary Nhan and the staff of the Vietnamese Embassy and expatriates in Australia. 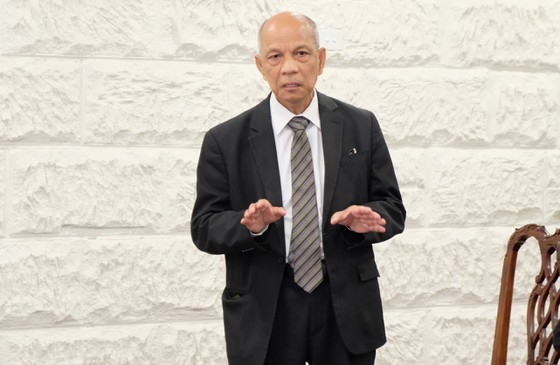 An expatriate in Australia speaks at the meeting. 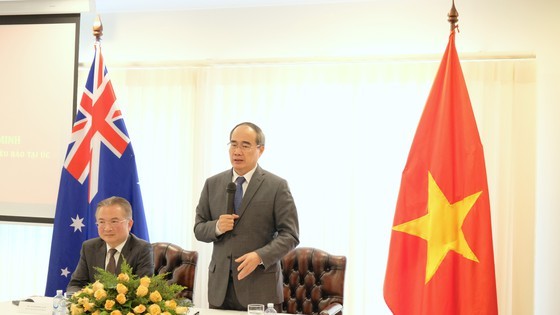 The municipal leader wished to receive more contributions from the OVs.