At the meeting, Secretary of the City Party Committee of Ho Chi Minh City Nguyen Van Nen expressed his pleasure to visit and work in Savannakhet province, the hometown of President Kaysone Phomvihane, a land rich in revolutionary traditions and the attachment of the Vietnam - Laos fighting alliance.

Secretary of Ho Chi Minh City Party Committee Nguyen Van Nen (L) shakes hands with Secretary of Provincial Party Committee, Governor of Savannakhet Province Santiphap Phomvihane (Photo: SGGP)
Mr. Nen informed about the socio-economic situation of Ho Chi Minh City in recent years. After the Covid-19 pandemic, the southern metropolis’ socio-economic situation gradually recovered and developed.
Currently, Ho Chi Minh City is continuing to focus on building and perfecting institutions, mechanisms, and policies in order to maximize all resources to restructure the economy, renew the growth model as well as strengthen urban area management capacity, promote digital transformation, reform administrative procedures, and striving to achieve the growth target in 2022 from 6 percent-6.5 percent.
Savannakhet Province is planning to promote its historical and cultural traditions and strengthen cooperation with Ho Chi Minh City and some other localities of Vietnam in many fields such as tourism, education, and training.
In such context, Mr. Nen said that Ho Chi Minh City also expected to promote cooperation with Laotian localities, including Savannakhet Province, to soon recover and develop more strongly socio-economic development after the Covid-19 pandemic.
Within the framework of the talks, HCMC and Savannakhet Province signed a Memorandum of Understanding in the phase of 2022-2025. In which, the southern largest city will support training human resources for Savannakhet Province with 30 bachelor, master, and doctoral degrees a year.
Furthermore, Ho Chi Minh City will also give financial support for the province to embellish and upgrade the President Ho Chi Minh historical site; at the same time, coordinate to well organize activities to celebrate the "Year of Friendship and Solidarity between Vietnam - Laos, Laos - Vietnam 2022"...

The Secretary of the Ho Chi Minh City Party Committee also agreed with the proposals of the Secretary of the Provincial Party Committee, Governor of Savannakhet Santiphap Phomvihane. Governor of Savannakhet Santiphap Phomvihane proposed that more delegations between the two localities will cooperate in many fields. 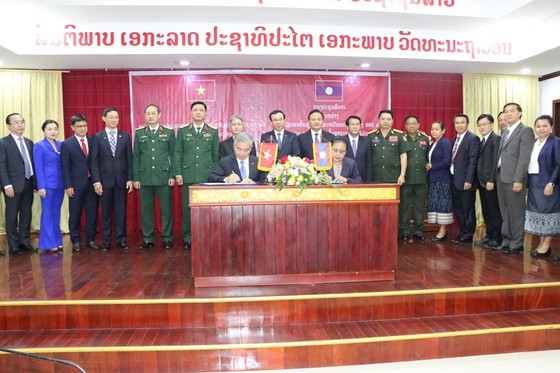 Ho Chi Minh City and Savannakhet Province sign a Memorandum of Understanding from 2022 through 2025 (Photo: SGGP)
Moreover, HCMC should create favorable conditions for Laotians investors and enterprises to approach investment promotion in the two localities. Last but not least, there should be a stronger promotion of tourism connection activities and a training program for young generations, students and officials for Savannakhet Province.

Mr. Nguyen Van Nen sent his thank–you to the Vietnamese Ambassador to Laos and the embassy's staff for their active support and coordination in developing content and programs for the high-ranking delegation's mission. So far, the delegation has had many activities in Vientiane and achieved good results. 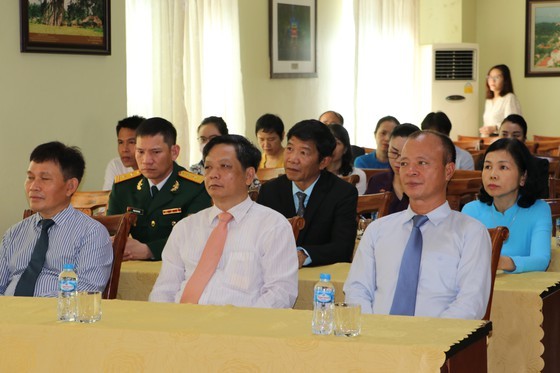 Officials and employees of the Vietnamese Embassy in Laos (Photo: SGGP)
According to Mr. Nen, leaders, officers, and employees of the Embassy has well promoted their role as a bridge, and promptly provided information for HCMC leaders to direct the implementation of many activities to strengthen relations with other localities in Laos through many different channels.
He expected that the Embassy should try to stick to their political tasks, overcome all difficulties, and constantly improve their expertise to fulfill their tasks well. 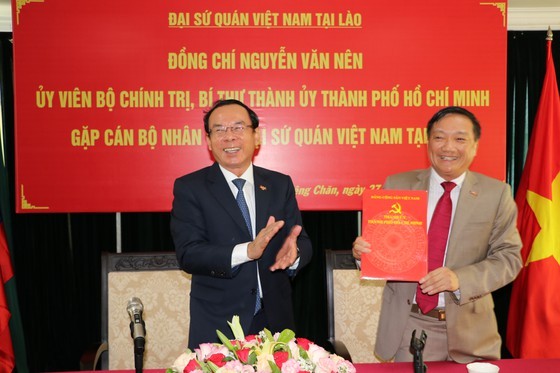 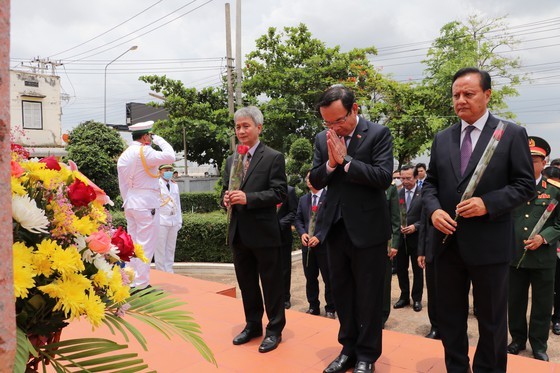 Secretary of the Ho Chi Minh City Party Committee Nguyen Van Nen and other delegates in the delegation offer incense in the memory of Uncle Ho, in the worship room of the Vietnamese Embassy in Laos (Photo: SGGP) 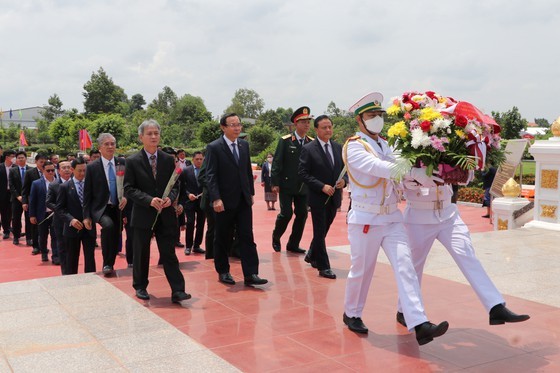