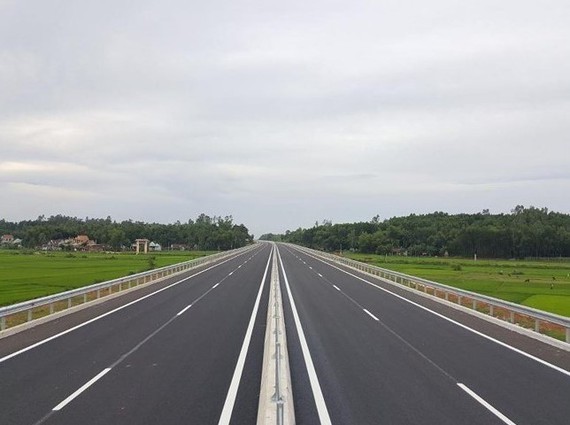 Illustrative Photo (Source: SGGP)
In a previous working session with Binh Phuoc Province’s leaders in last December, the then PM Nguyen Xuan Phuc delegated the provincial People’s Committee to implement the project under the public–private partnership (PPP) mode.
He also asked the Ministry of Planning and Investment in coordination with the Ministries of Finance, and Transport to allocate financial resources collected from the State budget in the Mid-term public investment plan for the 2021-25 period.

On March 18, the governments of HCMC and its neighboring province of Binh Phuoc had a working session on the construction project of HCMC-Thu Dau Mot-Chon Thanh expressway. On this occasion, the two sides agreed to establish a steering committee for the project.
Accordingly, the HCMC-Thu Dau Mot-Chon Thanh expressway is about 70 km long with 6-8 lanes, connecting HCMC and the Southern provinces of Binh Duong and Binh Phuoc. The stretch in HCMC is 1.5km long, expected to link up to Ring Road No.2 at Go Dua Intersection in Thu Duc City. The section running through Binh Duong Province is 57km long while the section running through Binh Phuoc Province is 11.5km long.
The project costing VND36,000 billion (US$1.55 billion), including around VND17,000 billion (SU$736.5 million) coming from the State budget will be kicked off before 2030.
Binh Phuoc Province will take responsibility for carrying out the project; organizing working sessions on investment modes, capital resources, building the overall plan for the project with ministries, departments and localities. 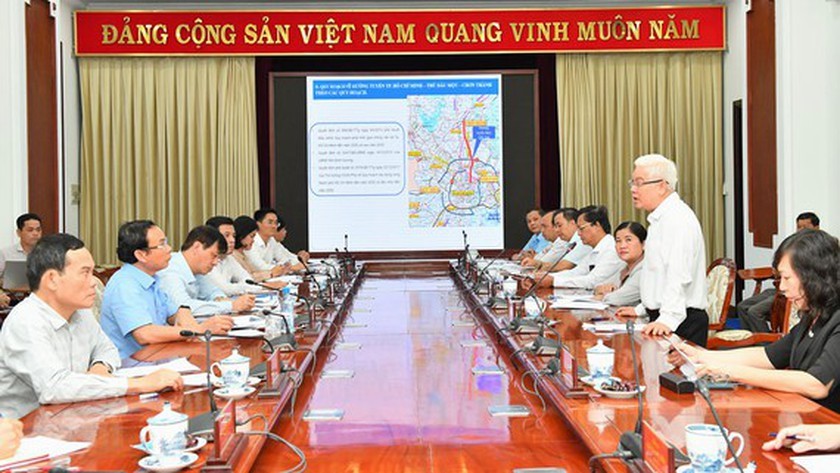 At a working session on the construction project of HCMC-Thu Dau Mot-Chon Thanh expressway between HCMC and Binh Phuoc Province that is held on March 18. (Photo: SGGP)