Mr. Nguyen Thien Nhan thanked President Reuven Rivlin for the warm welcome. He said that 2018 will mark 25th anniversary of Israel- Vietnam diplomatic relations and highlighted the development in various fields of agriculture, trade, finance, defense and others.

The HCMC party chief hoped the two sides will sign five free trade agreements in June to raise bilateral turnover to US$3 billion as well as Israel will introduce and share with Vietnam their technology and experience so Vietnam can develop its relevant sectors, such as IT, chemicals, water management, telecommunications, tourism, human resources education and training.
He also expected to learn experience in developing smart city from Israel and boost cooperation agreement on technology transfer.
Israeli President Reuven Rivlin paid an official visit to Vietnam in March, 2017. He expressed his impression of the Vietnam's remarkable development over the past 40 years and achievements in sectors of education and training, agriculture and tourism.
On the same day, the Vietnamese delegation visited Hebrew University of Jerusalem which was founded in 1918 and is ranked internationally among the 100 leading universities in the world and first among Israeli universities. Its researchers received 8 Nobel Prizes and 2 Fields Medals for mathematics. 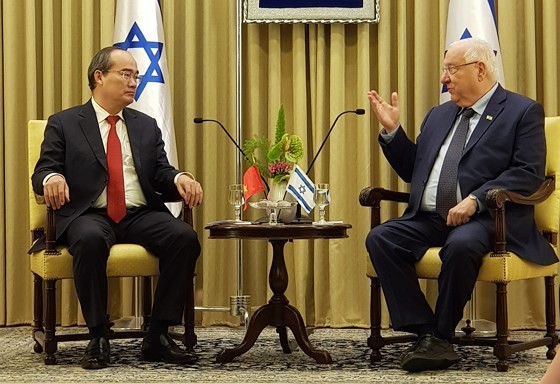 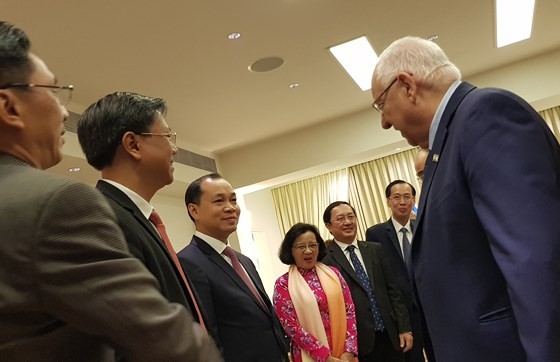 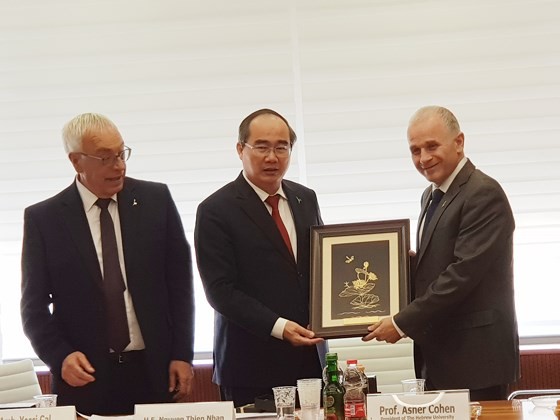