The live online event also saw the attendance of US Ambassador to Vietnam Daniel J. Kritenbrink in Hanoi and top tech leaders from the San Francisco Bay Area, and Singapore.
The summit discussed opportunities for Amrican enterprises to invest in dynamic, creative and innovation city and promotes the cooperation between HCMC and the U.S in the fields of Smart City, Innovative urban area in the east of the city and International Financial Center.
Speaking at the meeeting, HCMC's Party Secretary Nguyen Thien Nhan underlined the great significance of the summit. He said that Vietnam was the United States’ 13th largest trading partner. Bilateral trade reached US$77 billion in 2019 and US$38 billion in the first six months in 2020, presenting a year-one-year increase of 7 percent.
One of the US’ successful businesses is Intel's US$1-billion chip plant in Ho Chi Minh City, run separately by Intel Products Vietnam. The factory specializes in assembling and testing semiconductor components. As of present, its total export value has exceeded US$36 billion.
Additionaly, the number of Vietnamese students in the United States has risen to over 24,000.
According to Mr. Nhan, as the largest economic center in the country, HCMC is the best bridge for the relationship development between Vietnam and the U.S. The city is home of the country’s largest software park of Quang Trung with more than 10,000 employees and a turnover of US$500 million from software export in 2019; the best Saigon Hi-Tech Park featuring over 160 enterprises and 46,000 workers with an investment capital of more than US$7 billion and the total value of export of US$64 billion earned in the past 10 years.
The city especially plans to establish an innovation city by merging its three eastern districts of Thu Duc, 2 and 9. It is expected to spread over 22,000ha and be home to more than 1 million people. The new city will be developed into an innovation hub of industry, scientific research and service.
He affirmed that the city will provide working and studying advantages for American investors, partners, specialists and students as well as cooperate, assist and accompany with U.S. businesses and investors for the mutual benefit of the both sides. 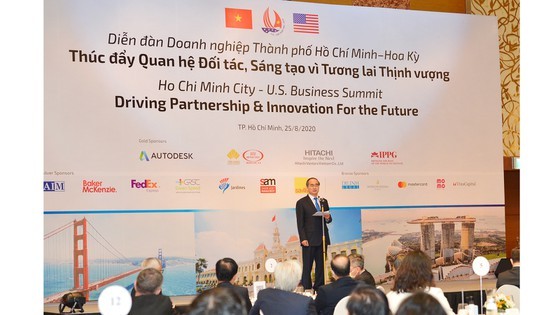 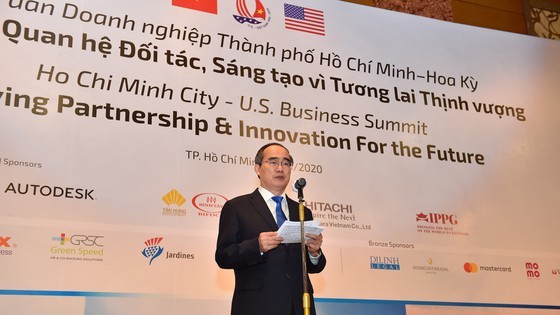 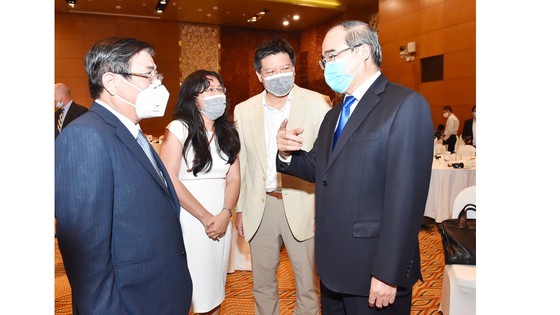 Mr. Nguyen Thien Nhan stresses that HCMC is the best bridge for the relationship development between Vietnam and the U.S. 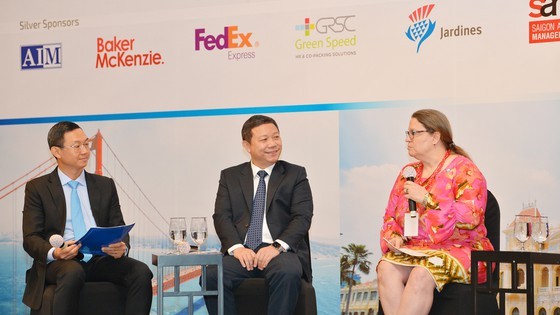