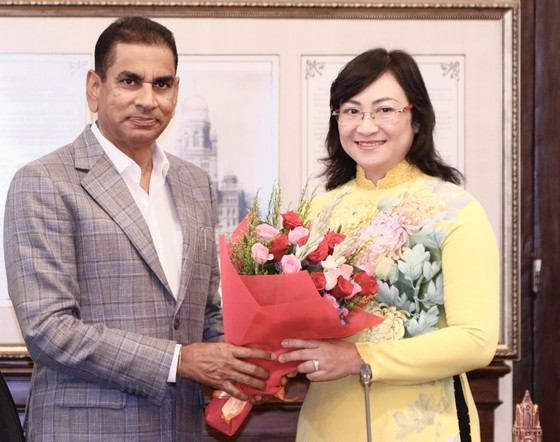 Speaking at the meeting, Mumbai civic chief IS Chahal said that the Covid-19 pandemic has basically been controlled in the city where coronavirus fatality accounted for 0.8 percent of the total number of confirmed cases thanks to the effectiveness of epidemic prevention and control measures, creating a strong socio-economic recovery. 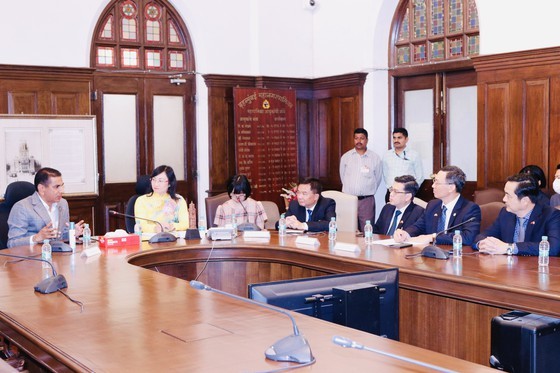 At the working session between leaders of HCMC and India's Mumbai
Vice Chairwoman of the HCMC People’s Committee Phan Thi Thang emphasized the traditional good relationships between Vietnam and India that were founded by two outstanding leaders of the two nations, President Ho Chi Minh and Prime Minister J. Nehru, beginning in the 1950s.

The mutual valuable assistance of the Governments and people of the two countries in the fight against Covid-19 contributed to the fight against Covid-19 of HCMC and Mumbai to resume economic activities.
Despite the impact of Covid-19, bilateral trade between India and HCMC reached US$1.5 billion, posting a growth of 30 percent compared to last year. India ranks 25th out of 116 countries and territories that have invested in the city, with 179 valid projects with a total capital of nearly $82 million, she said. 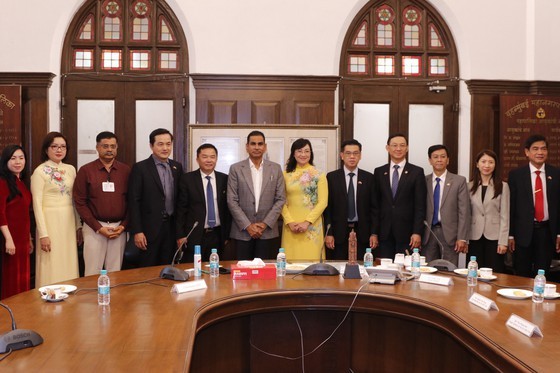 The delegation of HCMC high-ranking officials has a working session with Mumbai City's government.
In addition, economic, cultural, educational and tourism exchanges are usually held to enhance mutual understanding between the people of the two nations, such as the 8th International Day of Yoga in HCMC which took place at Nguyen Hue Walking Street on June 21 with the participation of 1,000 people. There are about more than 5,000 Indian expats living in HCMC who contribute in promoting the development of the relationship between the two sides.

There are several similarities between the two cities that are recognized as economic and financial centers facing population growth, urbanization, traffic, housing and environmental problems. 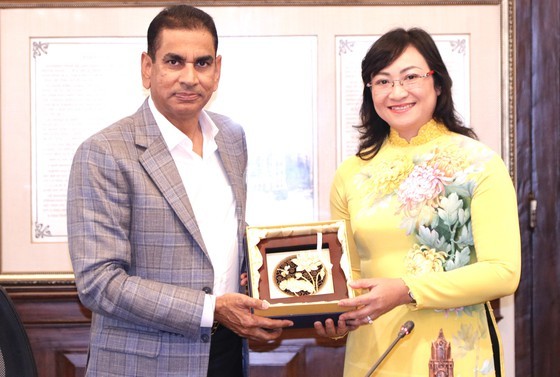 Vice Chairwoman HCMC People’s Committee Phan Thi Thang (R) presents a gift to Mumbai civic chief IS Chahal (L).
Vice Chairwoman of the HCMC People’s Committee Phan Thi Thang believed that HCMC and Mumbai will sign a Memorandum of Understanding (MoU) to establish cooperative relations as soon as possible, contributing to the strengthening of the comprehensive strategic cooperative partnership between Vietnam and India marking the 50th anniversary of diplomatic relations between the two nations as well as creating a foundation for exchanges and cooperation between HCMC and Mumbai.

She invited Mumbai civic chief IS Chahal to pay a visit to HCMC on the occasion of a meeting between the southern economic hub and sister cities that will be held at the end of this year. 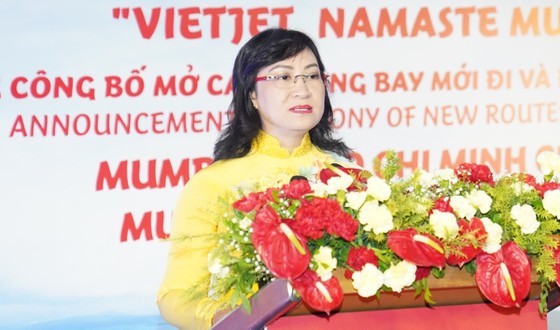 Vice Chairwoman of the HCMC People’s Committee Phan Thi Thang speaks at the inauguration ceremony of four new air routes between Vietnam and India.
On the same day, the HCMC’s delegation visited the Consulate General of Vietnam in Mumbai and Vietnamese people living in Maharashtra.
In addition, Ms. Phan Thi Thang attended the inauguration ceremony of four new direct air routes connecting Hanoi-Mumbai, HCMC-Mumbai, and the southern resort island of Phu Quoc in Vietnam with New Delhi and Mumbai. 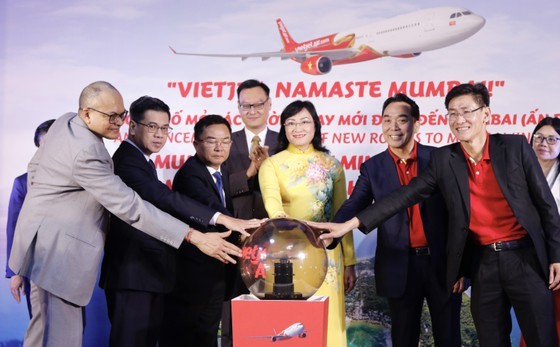