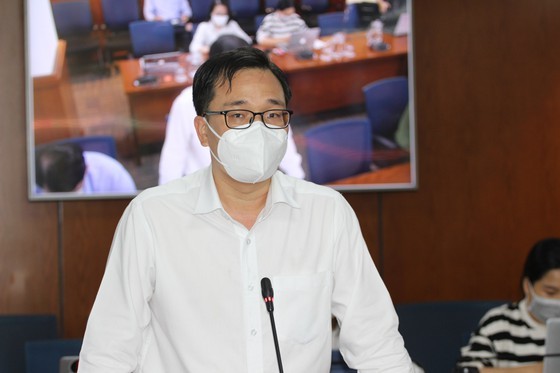 Mr. Trinh Duy Trong, Head of the Ideological Politics Division under the Ho Chi Minh City Department of Education and Training
On the afternoon of January 10, the Ho Chi Minh City Steering Committee for Covid-19 prevention and economic recovery held a press conference to provide information on the epidemic situation in the city.
The program with the theme "People's health - doctor's smile" jointly organized by the Oriental Medicine Association will provide free medical examination, screening, and psychological counseling for 12,000 people including 6,000 people serving the cause of the nation’s revolution, elderly party members, and 6,000 people of poverty households.
Speaking at the press conference, Deputy Head of the Propaganda and Education Department of the Ho Chi Minh City Party Committee, cum Deputy Head of the Steering Committee Pham Duc Hai said that as of 6 p.m. on January 9, Ho Chi Minh City had recorded 508,502 new cases of Covid-19 confirmed by the Ministry of Health, including 507,851 community infections and 651 imported cases.
Currently, Ho Chi Minh City is treating 4,602 patients, in which, 91 children under 16 years old, 305 critically ill patients on ventilators, 18 patients treated with extracorporeal membrane oxygenation (ECMO). 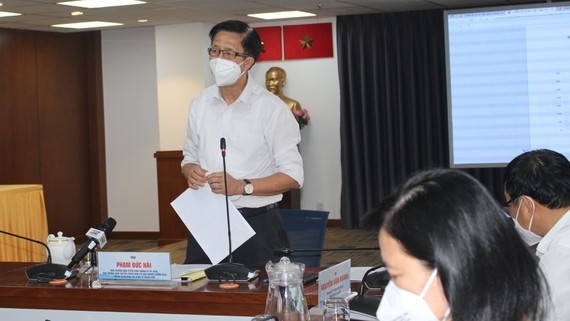 Regarding the plan to organize direct learning for students in Ho Chi Minh City, Mr. Trinh Duy Trong, Head of the Ideological Politics Division under the Ho Chi Minh City Department of Education and Training, said that at present, students in grades 7 and up are participating in face-to-face learning.
From January 4, learners can return to centers for foreign languages, informatics, and extra-activity classes directly.
Those who can go to school directly must follow the direction of the municipal People's Committee. Currently, the Department requested educational institutions to be ready to welcome students back to schools, said Mr. Trong. He added that currently, about 7,500 primary students can’t come back to schools in person.
According to Mr. Nguyen Van Lam, Deputy Director of the Ho Chi Minh City Department of Labor, Invalids and Social Affairs, after the Tet holidays ( the Lunar New Year), the city is expected to need about 45,000 skilled workers in the fields of trade, leather, footwear, mechanics for local businesses.
The department directed the employment service center to organize job fairs to help businesses recruit laborers and workers from other provinces and cities to return to Ho Chi Minh City after the Tet holidays.
Currently, the People's Committee of Ho Chi Minh City has scheduled to send related agencies the Tet bonus plan with the total expenditure of more than VND901 billion (more than US$39 million). 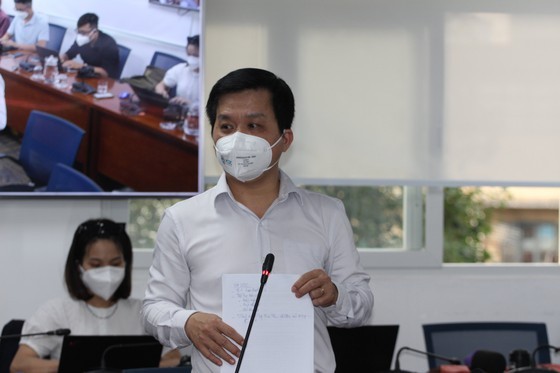 Deputy Director in charge of the Center for Disease Control in Ho Chi Minh City (HCDC) Nguyen Hong Tam
According to Deputy Director in charge of the Center for Disease Control in Ho Chi Minh City (HCDC) Nguyen Hong Tam, the booster shot vaccination rate at some districts is 90 percent currently. It is expected that the southern largest city will complete the third dose of the vaccination plan before the Lunar New Year 2022.
Chief of Office of Ho Chi Minh City Department of Health Nguyen Thi Huynh Mai informed that in addition to 310 medical stations, the city has set up 391 mobile medical stations. The number of mobile medical stations depends on the number of Covid-19 patients who are being treated at home. So far, teams of medical workers have taken care of 168 stations with 406 people at different times.
After the military medics withdrew, newly graduated doctors will take charge of the mission, said Ms. Huynh Mai.
Before the news that the city had recorded many cardiac, pulmonary, and post-Covid-19 sequelae, Ms. Huynh Mai said, the health sector and city leaders have been taking heed of this group. The city is conducting vaccination for these groups according to the Ministry of Health’s guidance.
In addition, hospitals have post-Covid-19 clinics to deliver ongoing care for anyone who has recovered from Covid-19. Particularly, several large hospitals in Ho Chi Minh City such as Children's Hospital 1, Hospital for Tropical Diseases, Le Van Thinh Hospital, Hospital for Rehabilitation and Treatment of Occupational Diseases, Cho Ray Hospital, Thong Nhat Hospital, Institute of Traditional Medicine have established post-Covid-19 treatment departments. In addition, the Department of Rehabilitation Engineering in the University of Medicine and Pharmacy has recently developed a handbook for recoveries after Covid-19.
In respect of test kits of Viet A Company, Ms. Huynh Mai revealed three hospitals in HCMC including Pham Ngoc Thach Hospital, Thu Duc City Hospital and Binh Tan District Hospital have purchased test kits from Viet A Company. Currently, the authorities are investigating and have not come to any conclusion. The investigation result will be publicized.

By Thanh An – Translated by Uyen Phuong