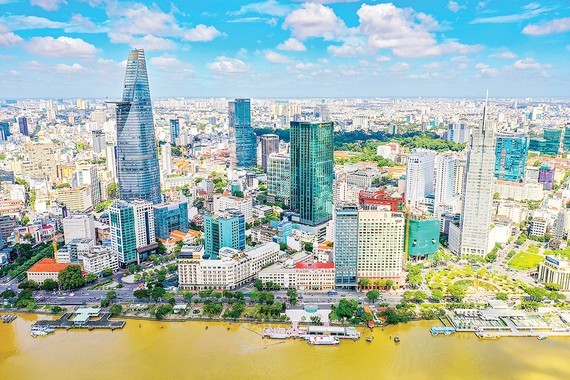 Commenting on the inadequacies of the urban architectural in HCMC exposed lately, Director Nguyen Thanh Nha said that being a long-developed urban area, the city still enjoys a stable growth. Certain planning directions such as the relocation of polluted industrial parks to the suburban areas or the resettlement of dense residential areas along channels are truly effective. When the outbreak happened suddenly, it is these planning activities that have helped reduce infection rate.

However, in the upcoming time, the city needs to balance planning goals in each specific area, especially slum houses along channels, to allocate proper resources for urban renovation and architectural upgrades.

There is also a necessity to redefine urban zones according to their natures and characteristics, not so much to their administrative boundaries, which has obviously led to inadequacies. For instance, the planning for public facilities and tree growing in District 1 and 3 is the same, yet the amount of free space for the latter purpose in District 3 is not enough while District 1 has already owned surplus green space.

Another noticeable fact is that residential areas along channels belonging to several districts used to be included in different planning projects, resulting in inconsistency. Now with the new zoning based on characteristics, there is no longer overlaps.

Since the HCMC master planning plays a great role in the city’s general development and a legal basis for local or zone planning to boost investment efficiency, this planning adjustment project is expected to release social resources and speed up the city growth.

The arrangement of zones in HCMC will be considered carefully in relation with public traffic planning for better land uses. The new zones will then help to renovate and upgrade existing ones which are not yet safe and have not met land use quotas for social and technical infrastructure. This will, in turn, offer a chance for overall urban re-arrangement in the city.

Discussing measures to cope with climate changes in the planning adjustment, the Director stressed that climate change is one factor, alongside population growth and traffic facilities, to be considered in the project. The scenario development has taken into account the integration of sectoral planning, traffic planning, and urban flooding prevention as well as the inclusion of urban space models for synchronous urban zones. It has corrected inconsistency in its previous versions like traffic planning without consideration of local drainage systems.

The Prime Minister, as well as the Government, when approving this project has shown the stance that socio-economic development in HCMC must go along with environment protection, climate change adaptation, new synchronization, and urban beautification. 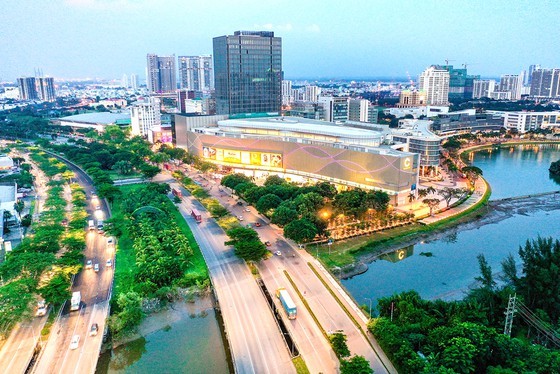 Talking about the proposal to build affordable houses in already planned urban areas like Northwest Cu Chi urban area or Hiep Phuoc Port urban area, Director Nha said that the proposal is sensible in that it will help the city to decrease the population density in certain areas while increasing the added value of those land parcels.

However, to reach the best result, this construction must refer to the city planning to aim at specific groups of people. Around these affordable houses, there must be necessary public facilities like green space, hospitals, schools, traffic services to ensure social security and create a modern living environment.

When asked about the beginning point for this general planning, Director Nha stressed that architectural planning for HCMC is an ongoing process which has already happened for a long time. The adjustment this time includes the evaluation of previous works to reveal inadequacies for correction.

This is expected to become a legal basis to solve a series of existing problems in local planning. Using suitable planning tools, HCMC can earn money for its budget via the auction of land in projects of road expansion and new urban area formation. The revenue will contribute to the support for the struggling economy now due to the Covid-19 pandemic.

Talking specifically about the upcoming direction of architectural planning in Thu Duc City, the Director mentioned the predicted population growth from around one million residents now to over 1.5 million in 2030 and 2.2 million in 2040, as stated in the approved Decision No.1538 by the Prime Minister on September 16, 2021.