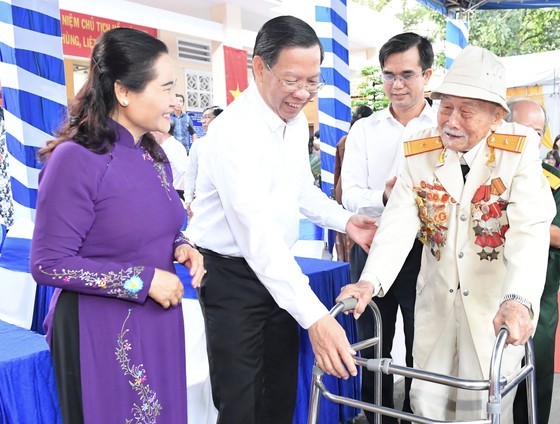 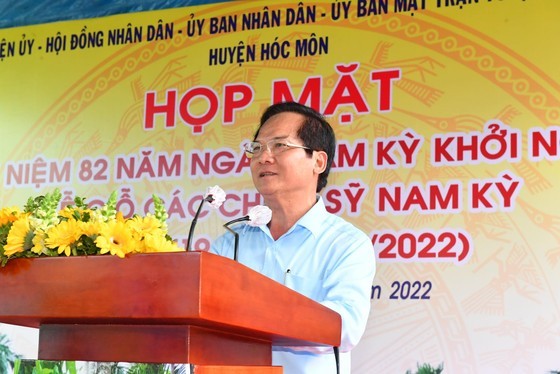 Secretary of the Party Committee of Hoc Mon District Tran Van Khuyen speaks at the ceremony.
At the event, participants recalled the Nam Ky Uprising that broke out in many localities, such as Gia Dinh, Cho Lon, My Tho and Vinh Long as well as honored the Southern people’s indomitable spirit and their aspirations for independence and freedom.
The ceremony took place at the city-level historical site in Hoc Mon District’s Xuan Thoi Dong Commune where the Southern Party Committee’s conference on the Nam Ky Uprising was organized in September 1940. The historic uprising broke out on November 23 and ran in the final weeks of 1940.