HCMC has maintained public order and security , a good growth and its leading position as the largest economy in the country. Attracting foreign investment presents a high increase with 1,620 projects worth US$8.3 billion.
The municipal Party Committee’s leader stressed that the management of urban construction order in HCMC is facing with several problems, such as illegal construction works.He asked the districts’ authorities to inspect and tackle the issue, launch measures to solve the problems and provide clear roles and responsibilities of secretaries and chairmen of the districts’ party and people committees.
The city organized 16 international conferences that attracted many foreign organization and experts, such as a conference on Artificial Intelligence (AI) research and application and others on smart education and health, fresh water, developing tree and light system, developing Ho Chi Minh City into a regional and international financial center, establishment of an innovative urban area in the east of the city.
However, the southern hub has not exploited its potentials of land fund; the interaction between enterprises and scientific research units, universities, State management units; the cooperation between HCMC and provinces in the South-eastern and Mekong Delta regions.
HCMC Party Committee Secretary Nguyen Thien Nhan also announced three breakthrough programs on urban renewal management, urban infrastructure development, the development of culture and human resource; and one key program on the development of enterprise, creative startup and city’s main products.
These programs will be set up in the period 2020–2030, vision to 2035. 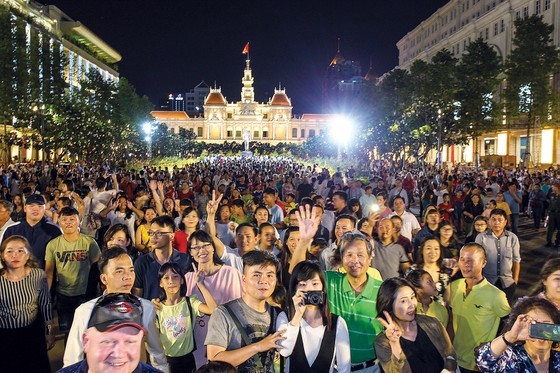