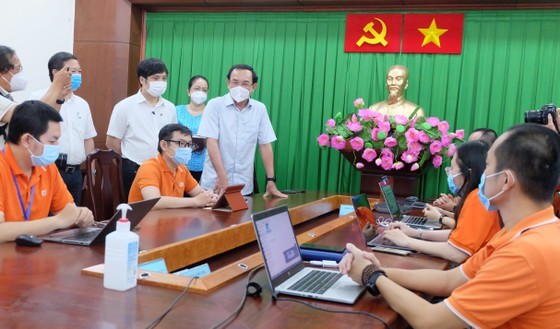 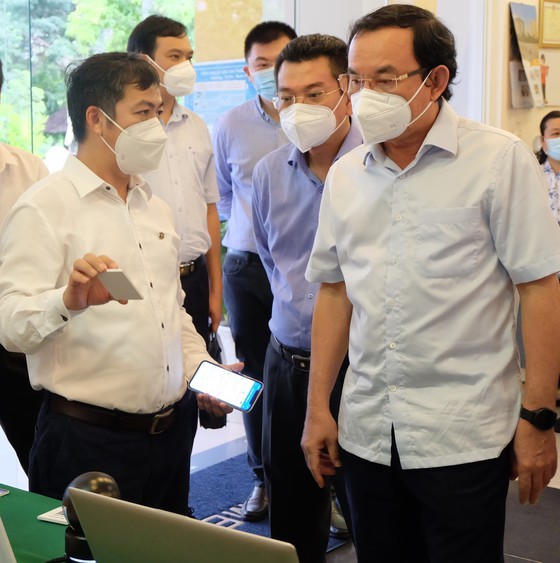 Mr. Nen talks to leaders of the center (Photo: SGGP)
After the launch ceremony, the Chief of the city’s Party Committee visited and encouraged the team of employees in the Command Center for Covid-19 prevention and economic recovery in District 7. He respectfully acknowledged the contribution of information technology engineers who worked with District 7 to build the Center.
He affirmed the center is playing a pivotal role when the district enters the new normal.
Prior, Chief of the district Party Committee Vo Khac Thai said that District 7 will be one of the districts chosen by the municipal People’s Committee to resume its dual goal of fighting the pandemic while ensuring socio-economic development.
According to the Secretary of the District Party Committee of District 7, the Center must strictly control the epidemic, analyzing information accurately to give consultations to district administrators.