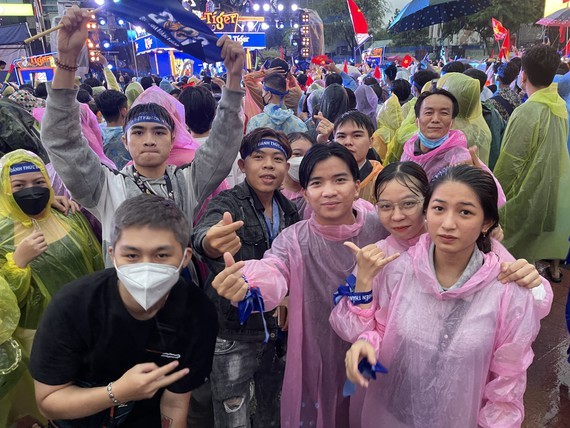 Despite the heavy rain that lasted for many hours, fans gathered in large numbers under the grandstands on Nguyen Hue Pedestrian Street to cheer for footballers – ‘golden boys’ defending the championship.
Although the match will kick off at 7 PM, scores of young people in the high spirit were gathering in the street to watch the match from late afternoon. 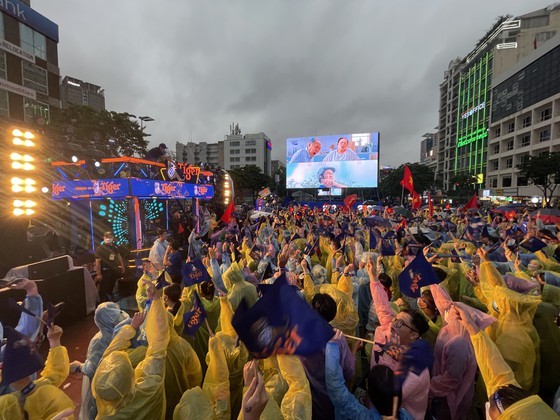 Fans in the rain cheering for the U23 team at Nguyen Hue pedestrian street (Photo: SGGP)