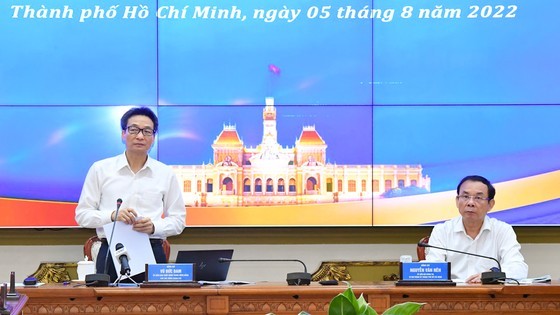 Deputy Prime Minister Vu Duc Dam suggests Ho Chi Minh City spend the city’s state budget buying 70 percent of textbooks for students ( Photo:  SGGP)
On the afternoon of August 5, Deputy Prime Minister Vu Duc Dam led a delegation  working with Ho Chi Minh City on the results of the performance of tasks in the first six months of the year and orientation towards the last six months related to science and culture - society. He expected the southern city to pilot some changes in the sectors of health, education, culture, and society.
At the meeting, Vice Chairman of Ho Chi Minh City People's Committee Duong Anh Duc on behalf of Ho Chi Minh City People's Committee proposed many contents in various fields.
Specifically, in the field of culture, sports and tourism, Ho Chi Minh City proposed the Government allow Ho Chi Minh City to apply the Investment Law under the method of public-private partnership (PPP) to select investors for the implementation of these projects. Furthermore, investors should be exempted from land rent during the project implementation period.
Additionally, Mr. Duc said that the government should allow HCMC to use the budget to spend on training and fostering talents in the field of culture and sports.
Regarding tourism, Ho Chi Minh City proposed to expand visa-free countries and implement E-visa. At the same time, international visitors to Vietnam should be extended their temporary stay period from 15 to 30 days.
In addition, Ho Chi Minh City proposed the Ministry of Culture, Sports and Tourism coordinate with other ministries and agencies to have policies to promote the night economy, such as tax and fee incentives, and extending operating hours. 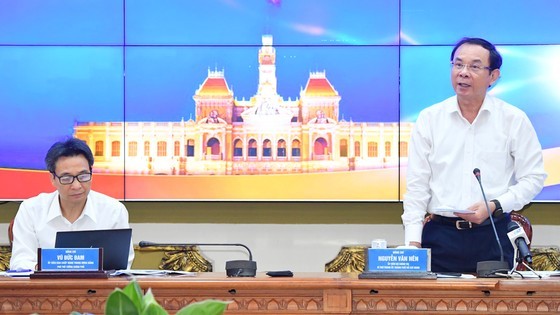 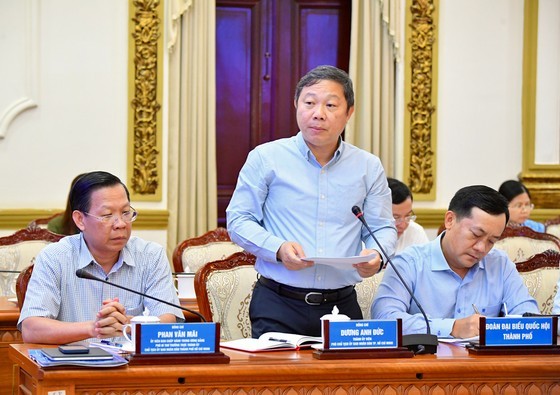 Vice Chairman of Ho Chi Minh City People's Committee Duong Anh Duc on behalf of Ho Chi Minh City People's Committee proposes several contents ( Photo:  SGGP)
Last but not least, it is necessary to have a solution to reduce the fluctuation of airfares during the peak summer season because the high prices of air tickets have sent the tourism sector to face difficulties. Along with that, there are many recommendations in the field of health and education.
Deputy Minister of Health Nguyen Truong Son, Deputy Minister of Education and Training Nguyen Van Phuc, and Deputy Minister of Culture, Sports and Tourism Ta Quang Dong took turns to answer these recommendations with Ho Chi Minh City.
Speaking at the conclusion of the meeting, Deputy Prime Minister Vu Duc Dam emphasized that this working session took place with the aim to solve problems for HCMC. He expected that HCMC with a higher development level than the national average will be the cradle of innovation policies.
Mr.  Vu Duc Dam affirmed that he will direct relevant ministries and agencies to review all the city’s specific problems. At the same time, the Deputy Prime Minister also asked the municipal People's Committee to set up a working group that will be in charge of solving the city’s problems.
In respect of specific issues, the Deputy Prime Minister showed his desire that Ho Chi Minh City to pioneer a number of issues in the field of education. Specifically, to both solve the problem of tuition fees and teachers’ income and payroll, he suggested that HCMC should allow several schools with good quality to collect higher tuition fees so that these schools can cover teachers' salaries; therefore, teachers in these schools will get off the payroll from the state budget.
According to the Deputy Prime Minister, tuition is an educational expense, which needs to be increased to ensure the quality of education. However, it should be noted that the increase in tuition fees will not be paid parents the state budget.
Regarding textbooks, the Deputy Prime Minister suggested that Ho Chi Minh City will pioneer in using the budget to buy about 70 percent of textbooks for school libraries which will lend to students from year to year.
According to calculations, parents spend about VND2,000 billion each year on textbooks.
In the field of health, Mr. Dam wondered how to help people to get periodical medical checkups like public servants because good primary health care will detect health problems early. According to him, grassroots healthcare facilities will be assigned to provide periodic checkups to city dwellers according to the principles of family medicine.
He asked the Ministry of Health to issue a package of medical services for grassroots healthcare centers. With good development, Ho Chi Minh City can totally pilot this scheme, Deputy Prime Minister Vu Duc Dam emphasized. 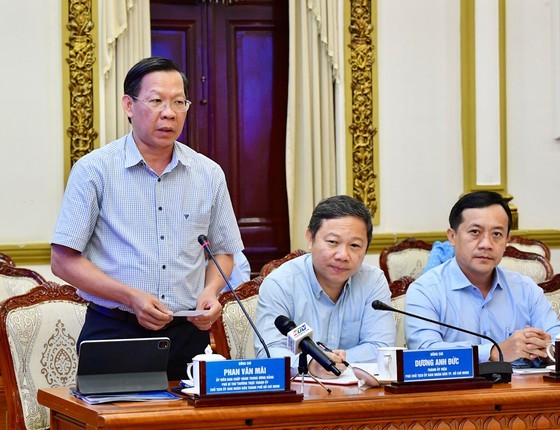