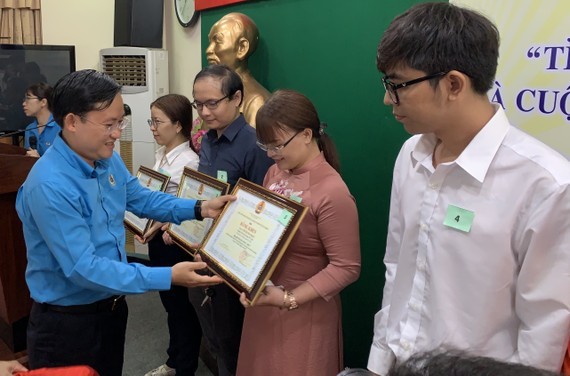 On the other hand, there were 67 prizes that were offered to individuals and collectives with outstanding performances. 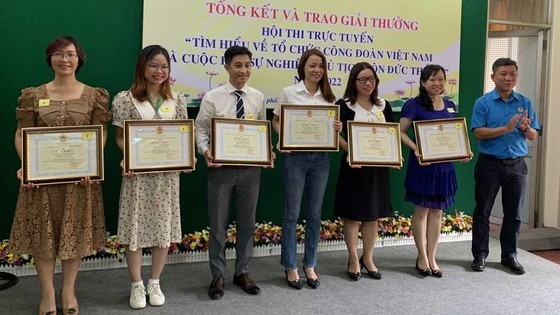 Standing Vice Chairman of the HCMC Labor Federation, Tran Doan Trung (R) offers certificates of merit to award-winning individuals.
Launched on July 28 - August 20, the contest attracted 129,367 submissions from 57,526 candidates. It gave people an opportunity to learn about the development and history of the Vietnam Trade Union, and honor Late President Ton Duc Thang whose life and career is a great moral example of a true communist soldier who went through severe hardships in wartime and devoted his entire life to the cause of national liberation.
Ton Duc Thang was born on August 20, 1888 in An Giang Province. He devoted all his life to the independence and freedom of the People and to the ideals of Communism. He was the first President of the Socialist Republic of Vietnam. In 1912, Ton Duc Thang led the strikes of Ba Son workers which started his revolutionary life. He was awarded the Gold Star Order in 1958 for his contribution to the country, making him the first to receive the highest decoration of the Party and State.