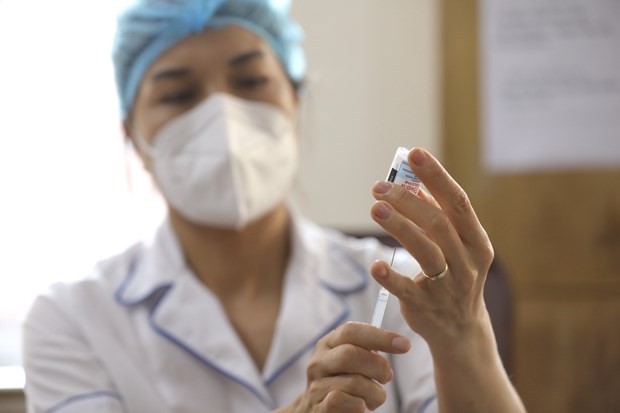 Thuan unveiled the plan when replying to voters' opinions on the issue at an online voter meeting held by the delegation of National Assembly deputies from Ho Chi Minh City.
A large amount of the Pfizer Covid-19 vaccine will come to Vietnam in the near future, the health official said, adding that following a request made by President Nguyen Xuan Phuc during his recent visit to Cuba, Vietnam is now waiting for Cuba's sending of a dossier on child vaccines for consideration.
Thuan said there will be no shortage of vaccine resources between now and the end of the year, with a minimum of 120 million doses expected to arrive. It is estimated that in 2021, Vietnam will see over 70 percent of its over-18-year-old population injected with one vaccine dose.
The nation has so far distributed 56 million doses of vaccines. As of October 8, some 51.4 doses had been administered, with the number of people aged 18 and older getting one shot reaching 52.3 percent.