One of the two local cases resides in Hoi An ancient city, the central province of Quang Nam and works in neighbouring Da Nang city from April 29. 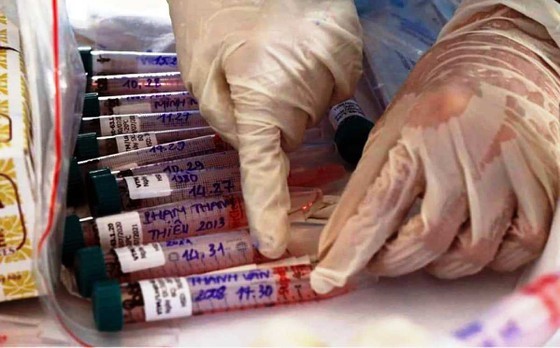 He was tested positive with the novel coronavirus SARS-CoV-2 on May 3, and has received treatment at Da Nang Lung Hospital.

The other resides in Bac Tu Liem district, Hanoi. He was on the same flight from Da Nang to Hanoi on April 29 with two Chinese experts, who had later been confirmed to have COVID-19. He was tested positive on May 3, and has been under treatment at National Hospital for Tropical Diseases in Hanoi’s Dong Anh district.
Meanwhile, the remaining two cases are natives in An Phu district, An Giang district. They entered Vietnam via Long Binh border gate.
Vietnam has logged 2,985 COVID-19 infections so far, including 1,607 domestically – transmitted cases. Thirty seven has been recorded since April 27.
As many as 40,505 people who came in close contact with COVID-19 patients or arrived from pandemic-hit areas are under quarantine nationwide, including 561 at hospitals, 22,522 at other quarantine sites, and 17,422 at home or accommodations.
The ministry’s Department of Medical Examination and Treatment Department said that 2,560 patients have been declared clear of the virus so far.
Among the patients under treatment, 24 have tested negative for the virus once, 12 twice, and 38 thrice.
According to the National Expanded Immunisation Programme, a total of 539,062 frontline medical workers and members of community-based anti-COVID-19 groups in Vietnam had been injected with COVID-19 vaccine as of 16:00 on May 3. The country began its COVID-19 inoculation campaign on March 8.