After the blaze at the light bulb warehouse of Rang Dong Light Source and Vacuum Flask company on August 30, 10 reporters and two residents arrived in the center for mercury test.
The center has issued the results of the test of 11 people. One is waiting for his test result because the center has not analyzed it.

These 10 reporters rushing to the fire scene shortly afterwards to collect information for their articles and two residents living in the area near the fire were suffering fatigue, headache, and chest pain.
In its document to Thanh Xuan District People’s Committee, the Rang Dong Light Source and Vacuum Flask company affirmed its materials for producing bulb is safe for human health.
The company revealed it has replaced mercury by amalgam to make bulb from 2016.
Additionally, the company added it will invite competent agency to assess environment impacts after the fire to ensure health for its staff and residents.
The company employees have cleaned up the debris after the fire to resume production from August 29 and the company will open on August 30. 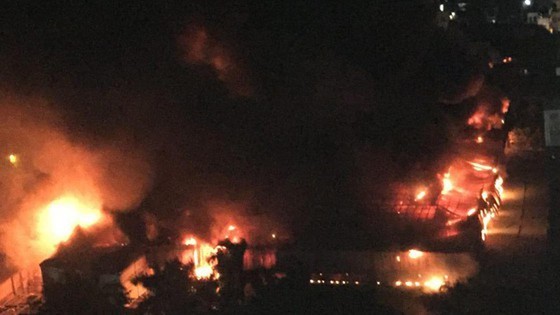