When the pandemic occurred, Ha Noi's Bach Mai Hospital was the country's largest hotspot for COVID-19. All medical staff of the Bach Mai Hospital have tried their best to contain the spread of the coronavirus and temporarily achieved some success in controlling the disease.

Speaking at the award ceremony which was held in Hanoi on September 5, the representatives of Bach Mai Hospital committed that the entire collective staff and doctors working at the hospital will continue to complete their tasks and join hands with the Government and people in fighting the SARS-CoV-2 virus.
The documentary film titled “The marvelous moment” telling the time that the 569th COVID-19 case gave a birth during COVID-19 pandemic in Da Nang City won “the Impressive News in Image”.
Other titles, including “Impressive singer” and “Impressive emcee”went to Ha Le and Tran Viet Hoang respectively.
Hong Diem got the “Impressive actress” while Do Xuan Nghi bagged the “Impressive actor”.
The documentary film, Giua Nhung Que Huong (Amongst homelands) won the “Impressive documentary film” prize while the 46-episode film, Hoa Hong Tren Nguc Trai, a story of about women’s journey of seeking and maintaining happiness got the award for “Impressive TV series”.
The TV program, Quan Thanh Xuan- Ve nha xem phim (The youth memories station - Watching movies at home” remembering films of the past decade received the “Impressive Program of Culture, Science and Education”.
The “Program of the Year” belonged to a film about Korean head coach of the Vietnamese national U23 football team, Park Hang Seo, “Park Hang-seo - Untold stories”.
Launched by Vietnam Televison (VTV) in 2014, the annual awards honor performers who had outstanding contribution in the fields of film, music, theater and TV programs, which have received a positive response from local audiences for a year.
The VTV Awards 2020 also celebrated 50 years of the VTV’s first broadcast. 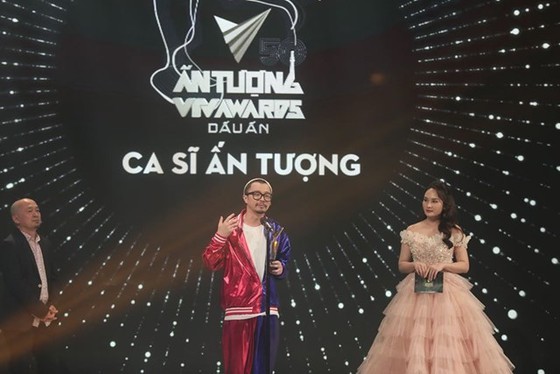 By Mai An - Translated by Kim Khanh