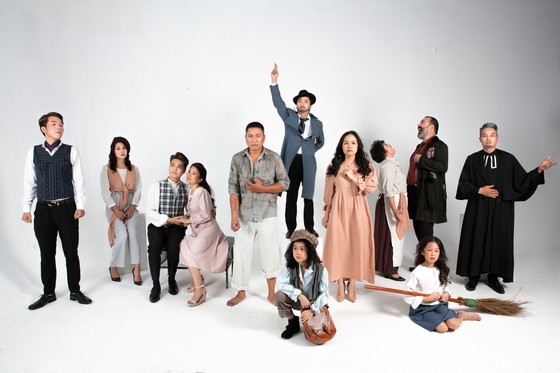 Les Misérables, known as Les Mis is a sung-through musical adaptation of Victor Hugo’s novel of the same name. The French historical novel, first published in 1862 is considered one of the greatest novels of the 19th century. The original French musical was premiered in Paris in 1980.
The release of the musical aims to honor the solidarity and humanity as well as express beliefs in fighting against Covid-19 outbreak, according to VNOB.
The performance will use LED lighting technology and visual to draw the audience's attention and stimulates the emotional arousal of people and their love for the show, said Director of VNOB, Mertitorious Artist Tran Ly Ly.
Among the best-selling musicals of all time, "Les Miserables" brings many deep and poignant emotions both in content and art.
The musical will be performed by VNOB’s artists at Hanoi Opear House on April 16,17,18; join the National Festival Of Singing, Dance and Music 2012 in Dak Lak Province’s Buon Ma Thuot City, and then travel to HCMC for three performances at HCMC Opera House.

The musical is performed with Vietnamese subtitle.