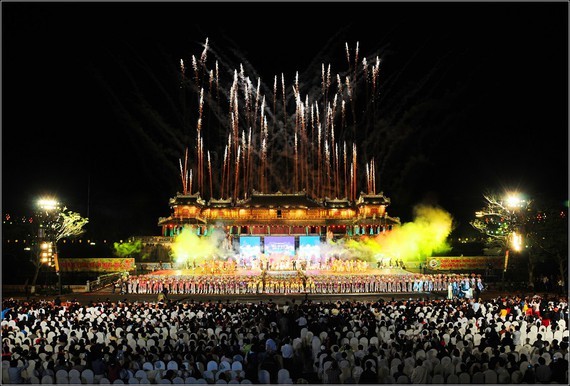 The Grand Opening Ceremony of Hue Festival 2022 which will be held at the Ngo Mon Square with light shows and dazzling fireworks display is expected to offer visitors some exciting experiences with unique art performances honoring traditional and contemporary cultural values of the ancient capital city.
In addition, the Hue Monuments Conservation Center announced that it will change the entry time to the Hue ancient citadel relic complex. 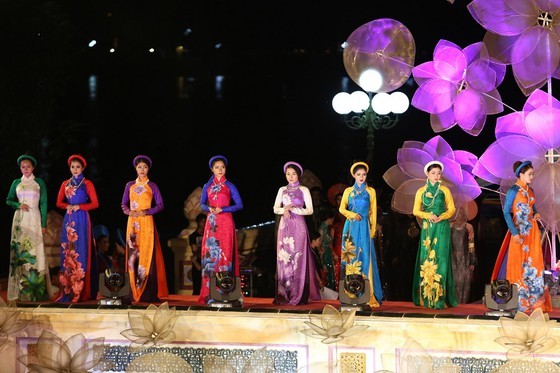 Ao Dai show in Hue Festival
As of present, 15 local art troupes and eight foreign groups representing countries including France, the Wallonie- Bruxelles Delegation (of Belgium), Israel, Spain, Brazil, Russia, Saudi Arabia and Thailand have registered to participate in the Hue Festival 2022.
The week of arts and culture, themed "Cultural heritage with integration and development" that will be organized from June 25-30 includes a series of activities, such as the Grand Opening Ceremony, a street festival with the participation of local and international art, music shows, folk art performances, food fair, International Trade Fair, Ao Dai festival and among.
Hue Festival 2022 featuring a wide range of traditional festivals and rituals, cultural, sports, and tourism activities has been held through all four seasons of the year. 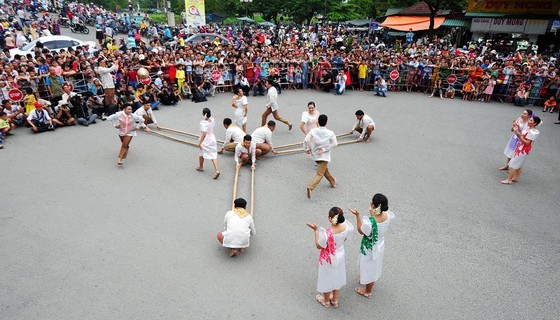 The street festival will see the participation of local and international art troupes. 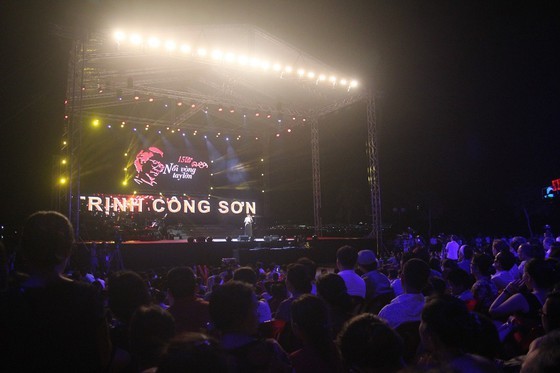 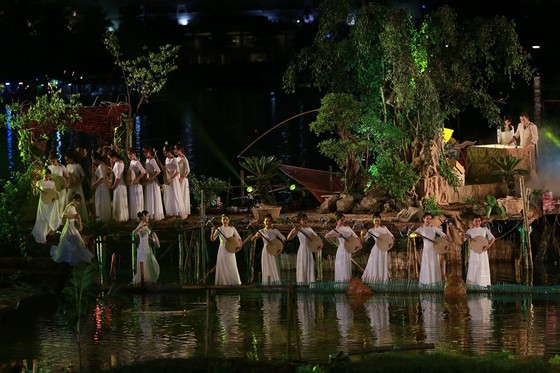 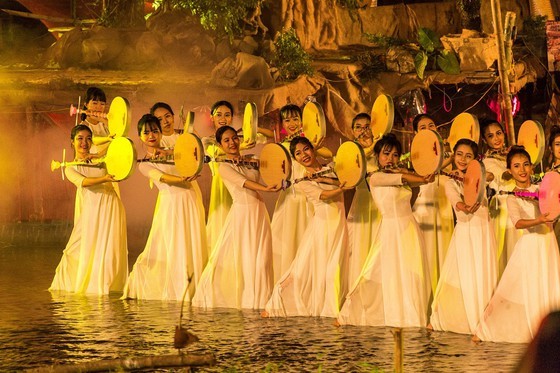