Attending at the opening ceremony were Chairman of the People’s Committee of Da Nang city, Huynh Duc Tho; Japanese Ambassador to Vietnam Umeda Kunio and representatives of 8 Japanese cities, businesses and artists.

The festival features 60 stalls from local and foreign organizations and units displaying culture, traditional dishes, educational information, trade and tourism of Vietnam and Japan.
Highlights of the event are three special art performances introducing cultural characteristics of the two countries, such as ikebana- the Japanese art of flower arrangement, tea and cake making, traditional and contemporary dance.
Seminars tourism promotion and human resources training cooperation between Da Nang city and Japanese localities, a mid-game football match between Da Nang’s youth football club and Kawasaki Frontale team from Japan; the final round of the Japanese-language eloquence contest, Study in Japan’s Nagasaki Fair”, cosplay contest and among will be alos organized.
The event aims to honor the bilateral cooperative and friendly relationships of the two countries as well as between Da Nang and Japanese localities in particular.
Da Nang city has maintained cooperative relations with more than 20 Japanese localities. Japan is currently one of the top partners of the city with nearly 180 enterprises and the highest number of projects and FDI capital at present, said Chairman of the People’s Committee of Da Nang city, Huynh Duc Tho.
The event will run until July 27. 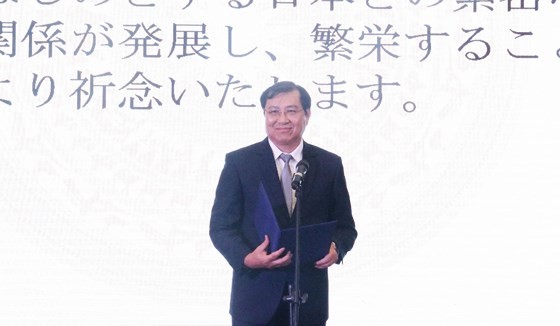 Chairman of the People’s Committee of Da Nang city, Huynh Duc Tho speaks at the event. 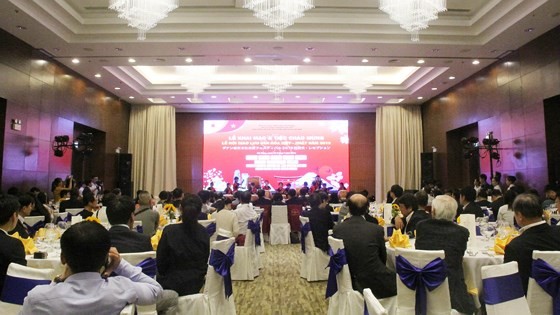 At the opening ceremony of the festival