Accordingly, musician Hoang Touliver who was music director of the 2020 Rap Viet competition won the “Producer of the Year” while the program’s winner, De Choat whose real name is Chau Hai Minh, received the “New Artist of the Year”.

In addition, the Rap Viet competition was also honored with the “Program of the Year” award.
Pop star Tung Duong scooped three prizes for his album and music show titled “Human”, including "Album of the Year", “Concert of the Year” and Singer of the Year”.
The awards of “Musician of the Year” and “Song of the Year” went to Nguyen Minh Cuong for his latest song titled Hoa No Khong Mau (The flowers bloom colorless).
Rappers Den Vau and JustaTee were presented the “MV of the Year” award for their music video, “Coming home”.
Devotion Music Awards is an annual event which is organized by the Sports and Culture Newspaper. Award winners are selected by journalists from different newspapers and magazines throughout the country. These honorary awards are usually bestowed on singers, musicians, musical performances and albums that have made outstanding contributions to Vietnamese music.
This year’s 16th edition of its kind saw its award ceremony which was held online in Hanoi and HCMC due to concerns surrounding the coronavirus outbreak. 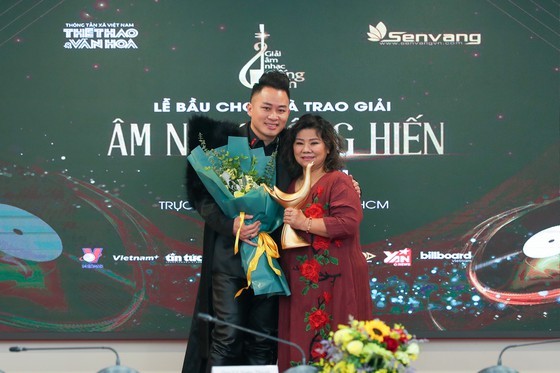 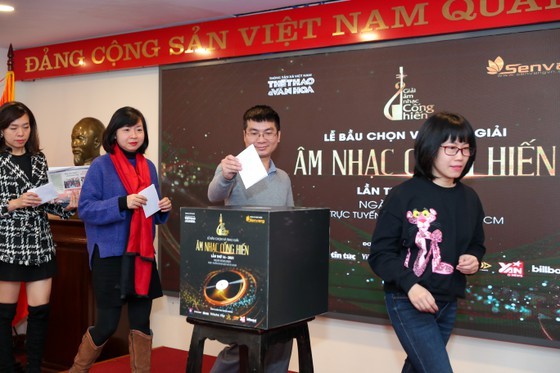 Journalists join the vote at the online award cermeony.