According to his family, the artist has health problems, such as high blood pressure, heart and kidney diseases over the past years.

Ly Huynh whose real name is Ly Kim Tuyen was born in 1942 in the Mekong Delta province of Vinh Long. He was one of The Four-Star group that includes four leading martial arts masters before 1975, and head of the Huynh Tien martial arts school.
He appeared as an actor and director in many movies, such as Long Ho Sat Dau (Dragon and tiger fighting), Quyen Dao (Martial art techniques), Ke hoach 99 (The plan 99), Hai vu 709 (Mission 709) and others.
Artist Ly Huynh was awarded the title of Merit Artist in 1993 and the title of People’s Artist in 2012. He is also known as father of film star of the 90's, Ly Hung.
His body is being kept at the National Defense Ministry Funeral House, No.15 Pham Ngu Lao Street in Go Vap District for people to pay their respects. His funeral will be held at 10 am on October 24 and buried at Phuc An Vien Cemetery in District 9. 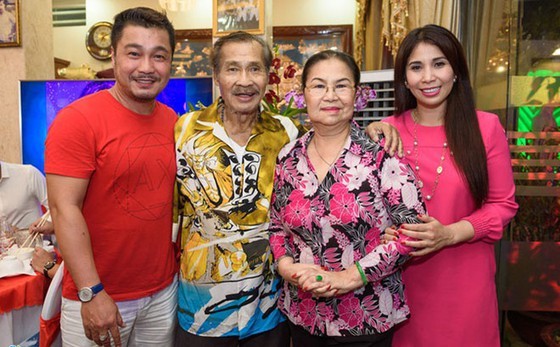