The provincial People’s Committee has asked the People’s Committee of Hue City and Hue Monument Conservation Center to complete the planning and restoration of the relics before Hue Festival 2020, including site clearing, building car parking and walking path leading to the sites.

Ho Quyen is an arena where tigers and elephants fight to entertain Kings, the royal families, mandarins and the public. Ho Quyen Arena was built in 1830 under Nguyen Dynasty, 4km away from the citadel. The coliseum was also a place to practice elephants about fight skill.It consists of two concentric circles built with bricks and mortar.
Ho Quyen structure has an annular shape with a diameter of 44 meters. It has a wall of earth and brick which is 4.5m thick and 5.80m high.T he platform exclusively reserved for the Emperor faces south and was higher than others. Five tiger cages are opposite King’s seat. By the right side of the platform is a large gate measuring 1.9m wide and 3.9m high for the elephants to enter the coliseum.
The last fighting was organized in 1904 under the order of King Thanh Thai. Tiger Arena is not only one of Vietnam’s unique monument but also the world’s valuable architectural work.
Voi Re Temple or Long Chau Temple was built in 1817 on an area of 2,000 square meters, 200 meters down from the Tiger Fighting Arena.
Voi Re Temple is known as the Palace of the Crying Elephant, due to the legend about a war elephant named O Long. After his master, a general died in a battle between the Nguyen and Trinh dynasties, he ran around 100 km back to his home in Phu Xuan, stood on Tho Cuong Hill and roared in anger before dropping dead of exhaustion.
The villagers buried him there and called that spot Voi Re, crying elephant. Later, King Gia Long built Long Chau Temple consisting of 5 compartments and 2 wings in front of O Long’s grave to worship the protecting gods and honor brave elephants which fought in the battles during the Nguyen Dynasty. 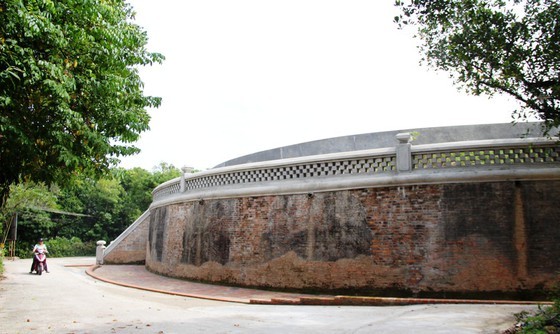 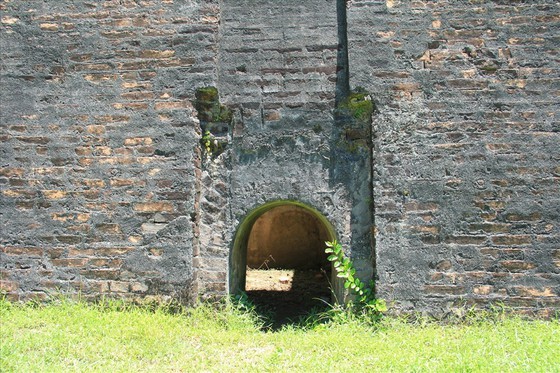 One of the five tiger cages in Ho Quyen Arena