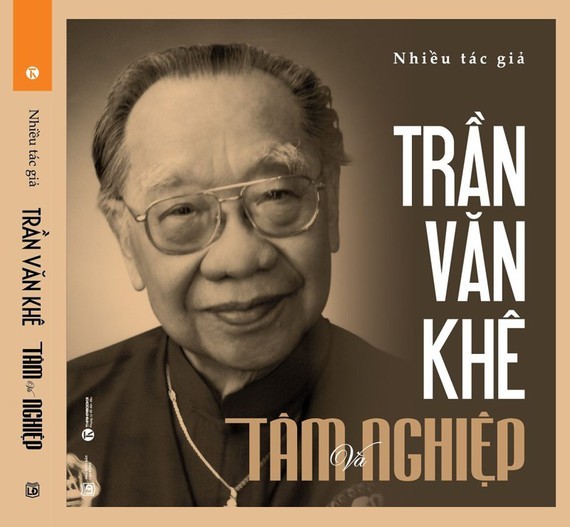 In addition, two books on the life and career of Professor Tran Van Khe who dedicated his entire life to preserving Vietnam’s culture have been released by the HCMC General Publishing House.
Professor Tran Van Khe, the grand old master of Vietnamese traditional music passed away in 2015 in HCMC at the ripe old age of 94.
Professor Tran Van Khe was born in 1921 in My Tho City in the southern Vietnam. He was introduced to music at a young age of 6. He is able to play many Vietnamese traditional instruments, such as dan kim or dan nguyet (moon-shaped lute), dan tranh (sixteen stringed zither), dan co or dan nhi (two-stringed fiddle), dan ty ba (pear-shaped, four stringed lute) and the trong nhac, ceremonial drum. He knows how to recite poems and sings in traditional styles of the North and the South.
He is known as the greatest masters of traditional Vietnamese music. He had previously been offered the post of director of research at CNRS (the French National Centre for Scientific Research); Professorship at the University of Sorbonne in Paris; Honorary Member of the International Music Council (UNESCO); and Corresponding Member of the European Academy of Science, Letters and Arts.

Having lived in Paris for about 50 years and traveled worldwide, lecturing and performing, he has played a key role in introducing Asian music to the Western world. During the past 50 years, he has taught thousands of students all over the world.
His private home at the No.32 Huynh Dinh Hai Street in Binh Thanh District in HCMC was also a place where many performances on Vietnamese traditional music were held every month by the professor and musicians and artists.