Vietnamese–American film director Charlie Nguyen pointed out the existing inadequacy of Vietnam’s filmmaking industry that actors and actresses work 17-18 hours in one day. 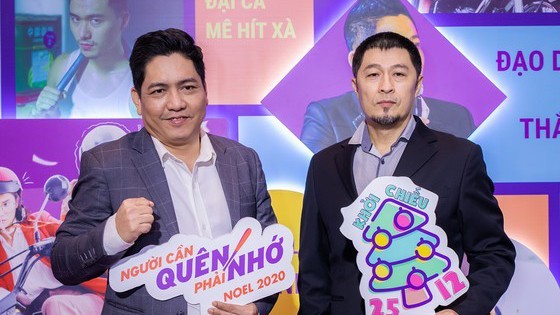 Vietnamese–American film director Charlie Nguyen (R)
According to the famous director, working 17 hours a day reflects a shockingly unprofessional attitude in making films resulting in poor quality for the film. Actor Tien Hoang who returned to Vietnam for the film Vo sinh dai chien ( Students fight against each other) shared he was forced to work 20-24 hours relentlessly in two days whereas he just acted a maximum of 12 hours in one day while participating in a film with foreign teams.
The average production of all these movies can take months or even a year before it was eventually in cinemas in foreign countries while it takes one or two months for a film in Vietnam.
The five phases of moviemaking include ideation, pre-production, production, and post-production and distribution.
Filmmaking time frame is one of factors ensuring professionalization of the screen industry of a country but it is a vital factor. Actors and actresses in Vietnam have no choice but undergo or else they will be kicked off the industry.
Some film producers have made excuses blaming for a low cost of production; accordingly, extended production times resulted in increased cost. Though what they said is correct in reality, it is just a temporary solution at times. For a long-term solution, there should be changes to achieve professionalization for the industry.
Moreover, director Charlie Nguyen complained that Vietnam has not had a film commission that controls the benefits of laborers in the industry. Worse, actors and actresses work hard but producers have sometimes withheld their payment and many employees even work without written contract and insurance.
However, actors and actresses of Tiec trang mau (Blood Moon Party) film just work 10-12 hours a day. Director Nguyen Quang Dung shared if a man is healthy, he will work well. Without taking adequate breaks from work, employee productivity, mental well-being and overall work performance begin to suffer.