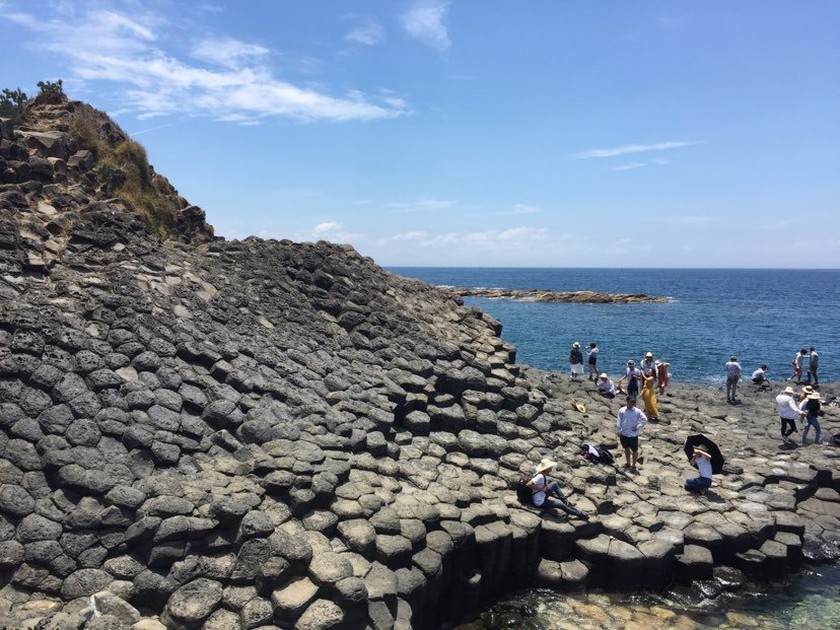 Ganh Da Dia is the most popular destination in Phu Yen Province, attracting a large number of visitors. (Photo: KK)
Ganh Da Dia, located along the coast in Tuy An District’s An Ninh Dong Commune and included interlocking basalt rock columns, was created from volcanic eruptions millions of years ago.

The rocks have flat surfaces of different shapes and stacked over each other. They look like a gigantic beehive or a pile of dinner plates. Thus the site was called Ganh Da Dia (The Sea Cliff of Stone Plates).
Ganh Da Dia is the most popular destination in the province, featuring values of the biological diversity, history and culture; and the distinguishing characteristic of Vietnamese coastal villages.