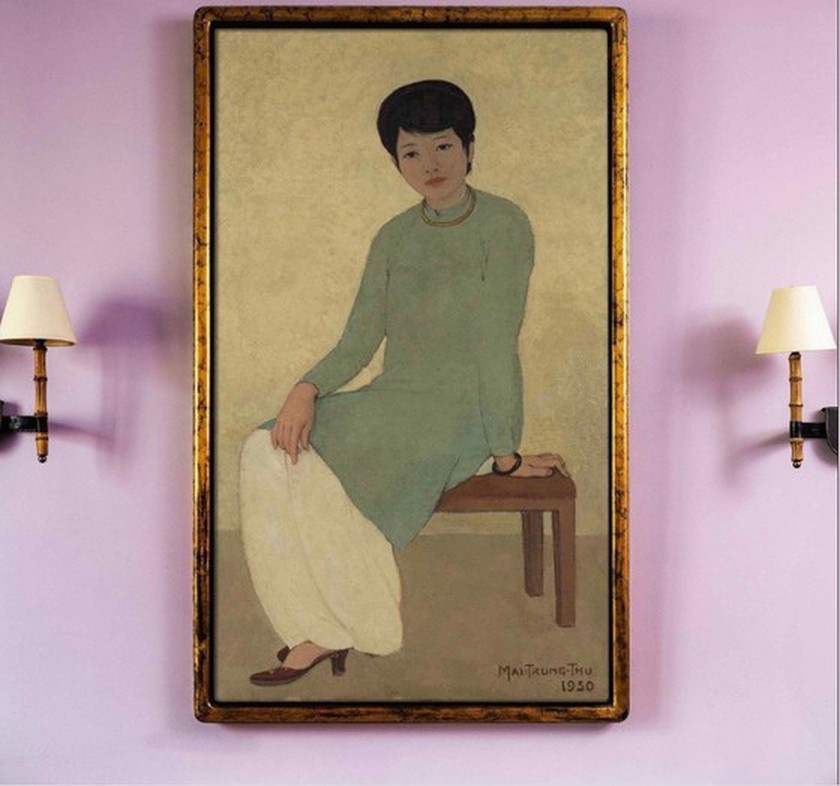 Oil painting entitled Portrait de Mademoiselle Phuong (Portrait of Mademoiselle Phuong) by painter Mai Trung Thu
The event which is recognized as a national influential events by the French Ministry of Culture will display more than 140 paintings. Most of them are presented to the public for the first time.

Previously, an oil painting entitled Portrait de Mademoiselle Phuong (Portrait of Mademoiselle Phuong) by painter Mai Trung Thu achieved a record price of US$3.1 million for a Vietnamese artwork at the Modern Art Evening and Day Sales of Sotheby's Hong Kong on April 18.
Mai Trung Thu (1906-1980) was born in Hai Phong. In 1925, he studied in the Indochina Fine Arts College, together with popular painters namely Nguyen Phan Chanh, Le Van De, Le Pho, Nguyen Cao Luyen.
In 1930, after graduating from the Indochina Fine Arts College, he was appointed as painting teacher at Hue High School for the Gifted. In the 1930s, Mai Trung Thu attended exhibitions in many countries around the world such as Italy, Belgium, USA and France where he settled later in Paris since 1937.
The artist was interested in oil paintings which depicted scenes of Vietnamese rural life and chose silk as the material to execute valuable paintings. His favorite theme was women, children and daily life combining with Vietnam’s cultural identity. His artworks featured light colors displayed in many exhibitions all over the world significantly contributed to build the reputation for Vietnamese Contemporary Fine Arts.