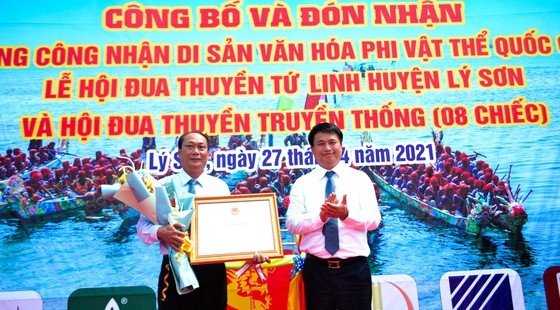 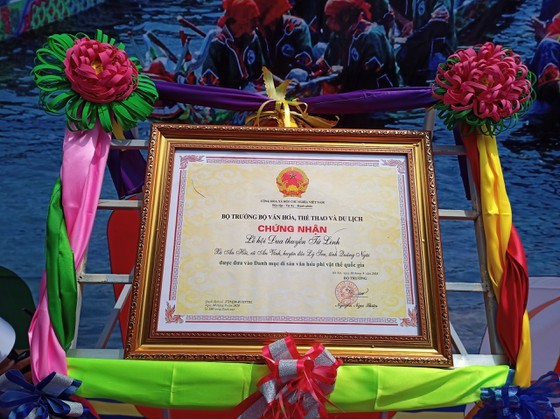 This brings to two traditional festivals in Ly Son that have been accredited as national intangible cultural heritages, including “Le khao le the linh Hoang Sa” (Feast and Commemoration Festival for Hoang Sa Soldiers) ceremony and Tu Linh boat race.

On this occasion, a folk boat race with the participation of eight teams was also organized on the island on the same day. 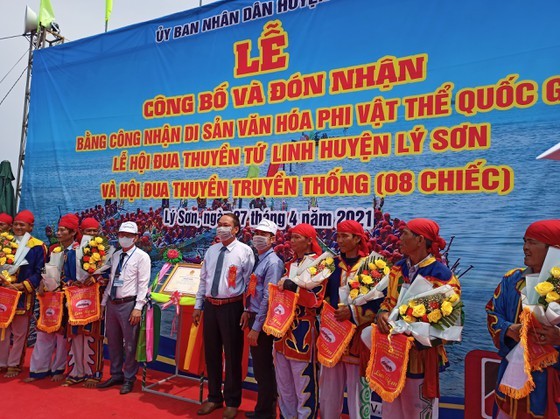 At the award ceremony of the boat race 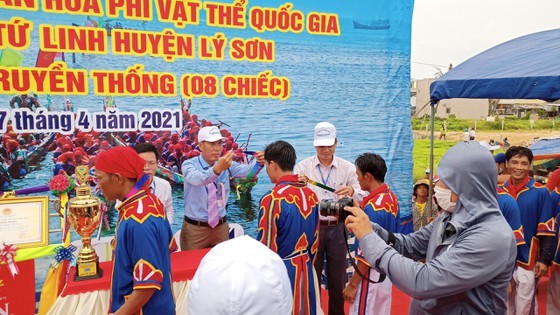 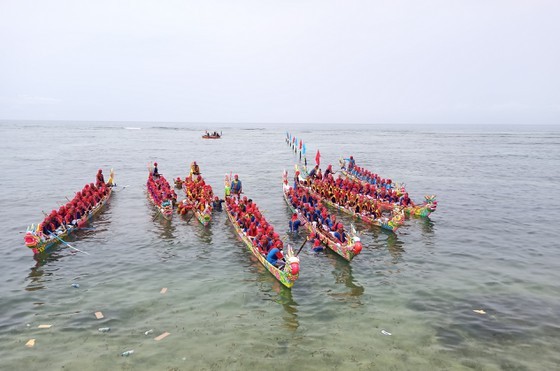 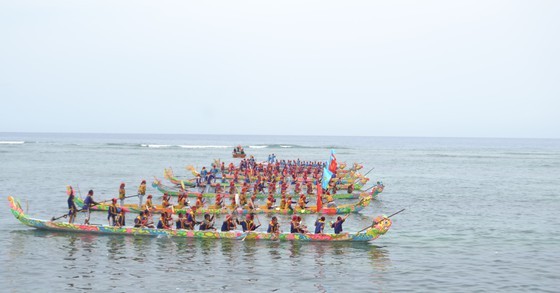 A folk boat race with the participation of eight teams is organized on Le Son Island.
The traditional boat race dates back more than 300 years, aiming at paying tribute to natives’ ancestors who formed the island and soldiers who have fought for the country’s sovereignty over the Hoang Sa (Paracel) and Truong Sa (Spratly) archipelagoes as well as praying for prosperity, peace and bumper fish harvests.
The competition is usually held on national and traditional festivals, such as the lunar New Year, “Le khao le the linh Hoang Sa” (Feast and Commemoration Festival for Hoang Sa Soldiers) ceremony.
In the morning of the same day, the Feast and Commemoration Festival for Hoang Sa Soldiers ceremony was held in An Vinh communal temple on Ly Son Island.
The annual ritual was also previously held in An Hai communal temple, Ly Son Island on April 19.
The traditional ceremony held annually for hundreds of years on the island is a tribute to the sailor-soldiers who sacrificed their lives for the country and symbolize Vietnam’s sovereignty over the Hoang Sa (Paracel) archipelago.
About 3-4 centuries ago under the Nguyen Lords’ mandate, 70 of the island’s best seafarers were chosen to safeguard their homeland’s maritime rights and explore the East Sea every year. In mid-sixteenth century, the Hoang Sa Flotilla was established to conduct marine patrol and control, exploit marine products and collect ship-wrecked cargoes floating to Hoang Sa and Truong Sa areas.
Ly Son Island, a tranquil destination 30km off Quang Ngai Province's coast, is home to about 2,100 residents. Most make their living fishing, and farming garlic and spring onions. Ly Son Island has been emerged as an attractive tourist destination in recent years because of the wonderful natural beauty. 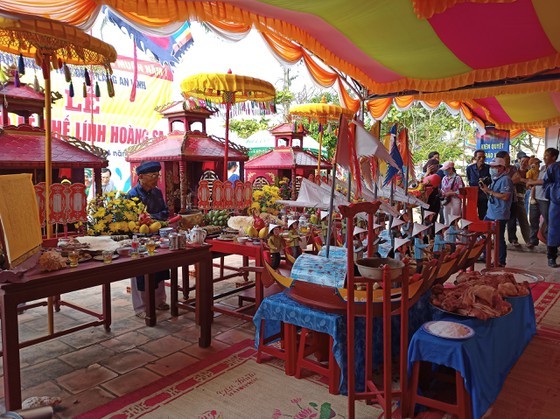 The Feast and Commemoration Festival for Hoang Sa Soldiers ceremony is held in An Vinh communal temple on Ly Son Island. 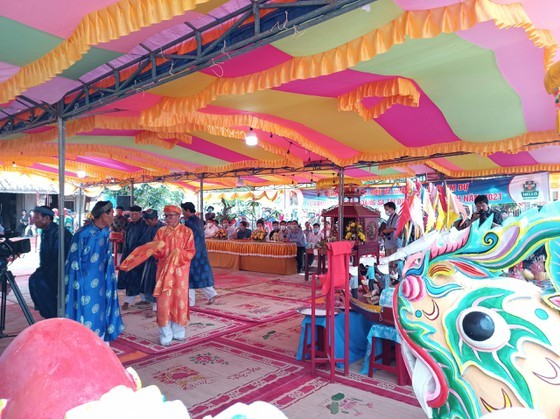 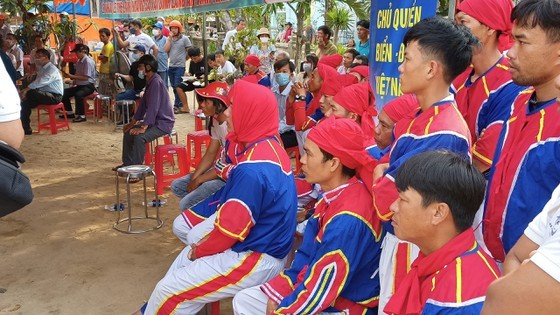 The ritual attracts a large number of local residents. 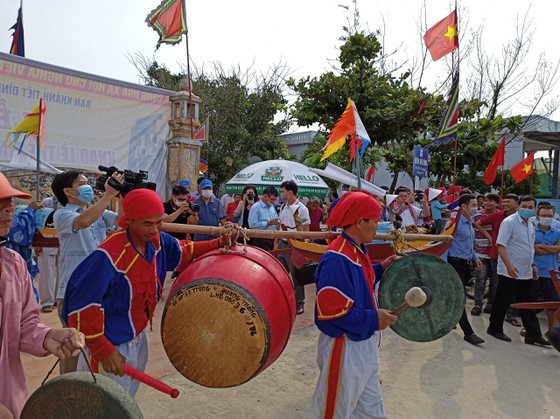 The event includes a traditional offering ritual, the garlands and model wooden boats carrying soldiers and sailors out to sea. 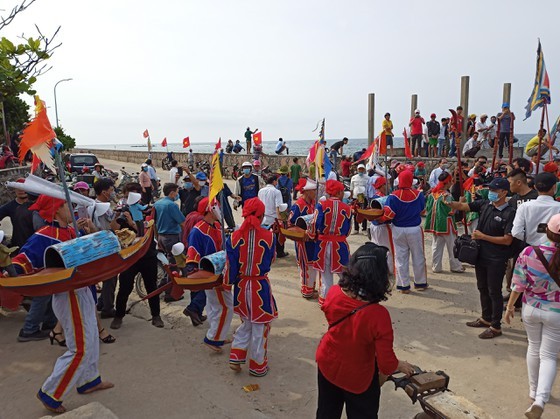 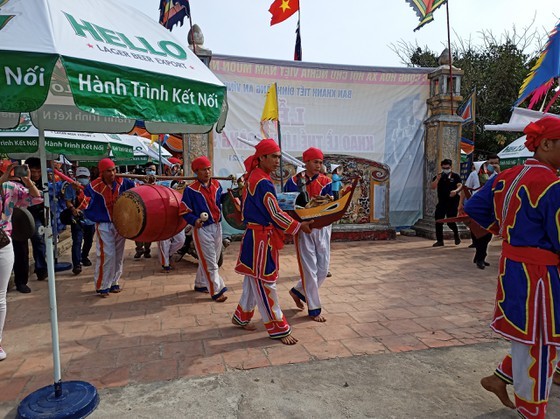 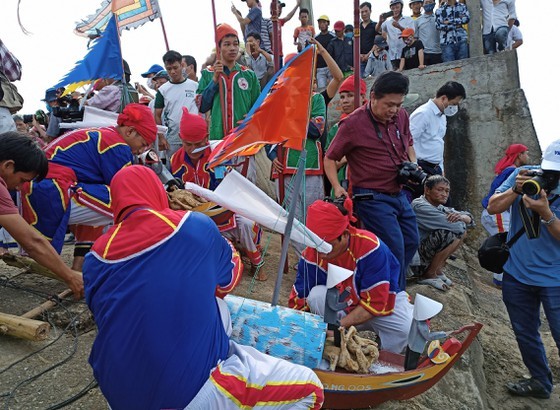 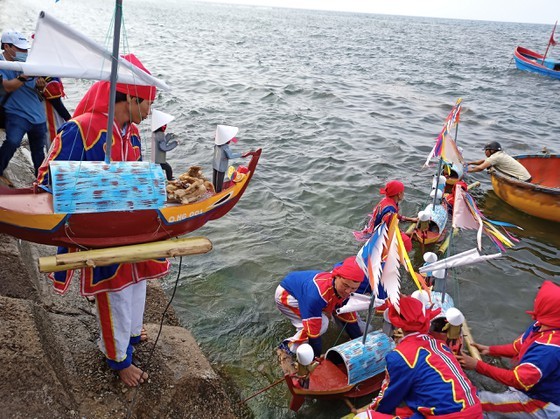 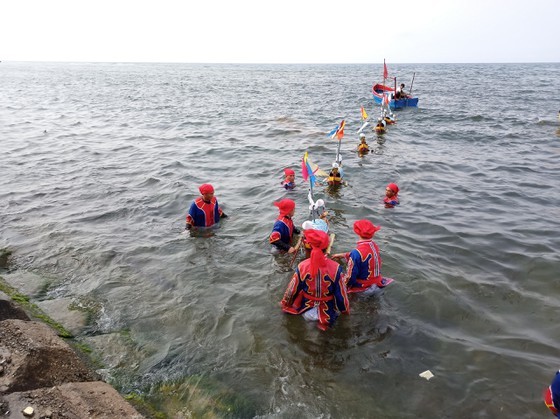