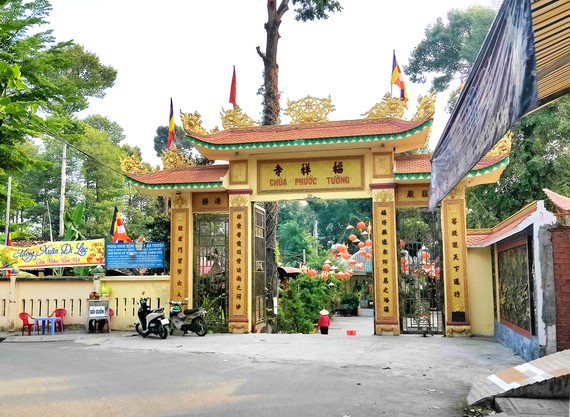 Phuoc Tuong Pagoda in Thu Duc City (Photo: SGGP)
Long Binh Ward is home of many pagodas, such as Thanh Son, Phuoc Long, Chau Doc 3, Buu Long and more. Of which, Hoi Son is known as the oldest pagoda in the new city located at the No.1A1 on Nguyen Xien Street. It was built by Zen Master Khanh Long at the end of 18th century and recognized as a National Architectural Relic in 1993.

The pagoda lies on a hill and directly overlooks the Dong Nai River. It was built with a common architectural style in the Mekong Delta region and made of valuable woods. The pagoda has many horizontal lacquered boards, Buddha statues, wood altars, especially the worship table presented by King Khai Dinh.
Unfortunately, a large fire seriously damaged the pagoda on July 17, 2012.
A number of horizontal lacquered boards, wood Buddha statues, bells in the main hall were destroyed by the fire, said Venerable ThichThien Hao who now manages Hoi Son pagoda.
The spacious pagoda with many green trees brings convenience and peace of mind to people, said a young visitor, Thanh Hieu from Binh Duong Province who used to visit the pagoda many times when he was a child.
Another pagoda in Thu Duc City, Phuoc Tuong placed at the No. 102 on La Xuan Oai Street in Tang Nhon Phu A Ward was recognized as a National Architectural Relic and a National Historical Relic Site in 1993.
The hoary pagoda was built in the shape of reversed sans-serif capital L. It still preserves 53 ancient statues of Buddhists and many ancient horizontal lacquered boards and pairs of wood panel on which are inscribed parallel sentences. 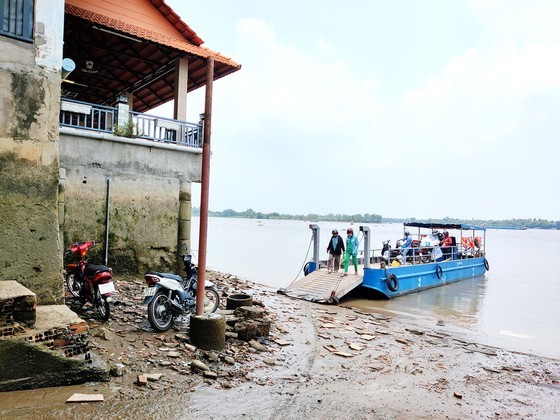