The woodblocks reflect Vietnamese history and society from the initial stage to the Nguyen dynasty, including writings about great poet Nguyen Du, said director of the National Archives Center No.4, Nguyen Xuan Hung.
Director of the Department of Culture, Sport and Tourism of Ha Tinh Province, Bui Xuan Thap expressed its deep appreciation and thanked to the National Archives Center No.4 for presenting the valuable woodblock of poet Nguyen Du which is part of the Woodblocks from the Nguyen dynasty (1802-1945) recognized as World Documentary Heritage by UNESCO in 2009.
Nguyen Du, also known as To Nhu and Thanh Hien, was born in 1765 to a noble family in Thang Long ( Hanoi ).
The United Nations Educational, Scientific and Cultural Organization (UNESCO) chose the great Vietnamese poet Nguyen Du among other world famous personalities at its 37th General Assembly in Paris in 2013. He was also recognized by the World Peace Council as one of the world’s cultural celebrities in 1965.
Poet Nguyen Du has been recognized by UNESCO for his Truyen Kieu (Tale of Kieu), a masterpiece of Vietnamese classic epic poetry.

Truyen Kieu has the most number of translations in more than 30 languages. The classic literature is a unique work containing verses which are divided into hundreds of short poems. 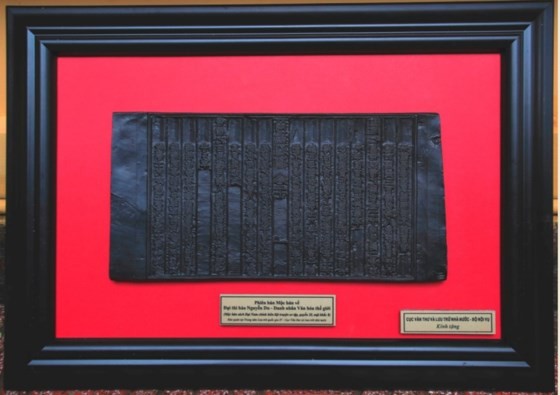 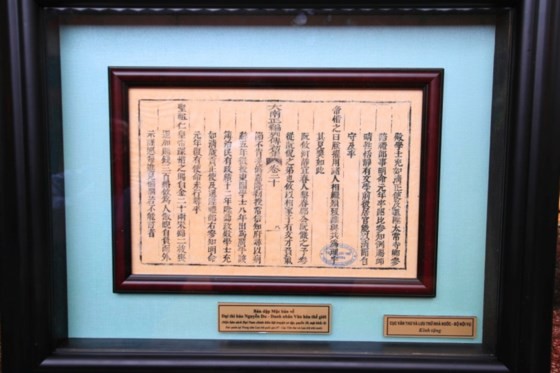