This year’s event will introduce 13 films in many genres presenting Europe’s cultural diversity of EU Member States that won multiple prestigious awards, including Oskar & Lilli – Where No One Knows Us, Our Struggles, Letters From Antarctica, Even Mice Belong in Heaven, Into The Darkness, The Cleaners, Perfumes, all Tales, Extra Ordinary, My Brother Chases Dinosaurs, Romy’s Salon, Never Gonna Snow Again, Acasa, My Home, Let There Be Light, 22 Angels, And Then We Danced , and Hutsulka Ksenya.

Loosely arranged around the themes of “Family” and “Youth”, the films are slated to bring about a more multifaceted perspective of European life and cultures, as well as to shed light on certain struggles its people are faced with and attempting to overcome.
Held for the first time in 2000 by the Delegation of the European Union to Vietnam under the support of the European Public Outreach Program (EUPOP), the Embassies of EU Member States and the European Cultural Institutes in Vietnam, the film fest is recognized as one of the most successful multi-cultural events in Vietnam.
The film screenings will take place at National Cinema Center in Hanoi, Cinestar Hai Ba Trung in HCMC, Galaxy in Da Nang and Cinestar in Da Lat. 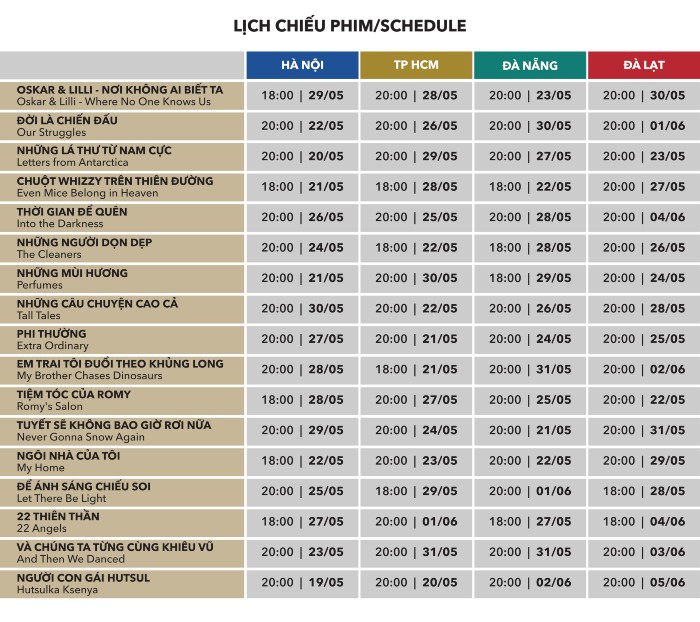 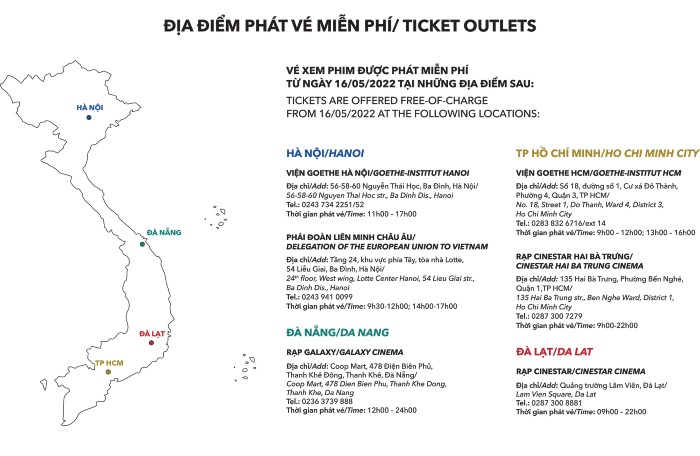