This year’s event will introduce 13 films in many genres presenting Europe’s cultural diversity of EU Member States, including Lola vers la mer, Magic life of V, Winter Flies, That time of the year, Stefan Zweig: Farewell to Europe, Brooklyn, The silence of others, Louise by the shore, Perfect Strangers, Motherland, Budapest Noir, Mr Twister at the Pitch, Beside me.
Many of these selected movies have won several renowned national and international awards.

Held for the first time in 2000 by the Delegation of the European Union to Vietnam under the support of the European Public Outreach Program (EUPOP), the Embassies of EU Member States and the European Cultural Institutes in Vietnam, the film fest is recognized as one of the most successful multi-cultural events in Vietnam.
The film screenings will take place at National Cinema Center in Hanoi, Cinestar Cinema in Hue City, Cinestar Quoc Thanh Cinema in HCMC and Lotte Ninh Kieu Cinema in the Mekong Delta city of Can Tho. 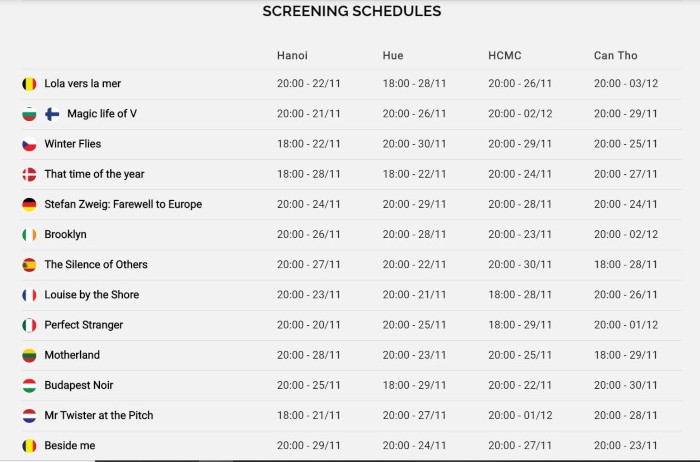