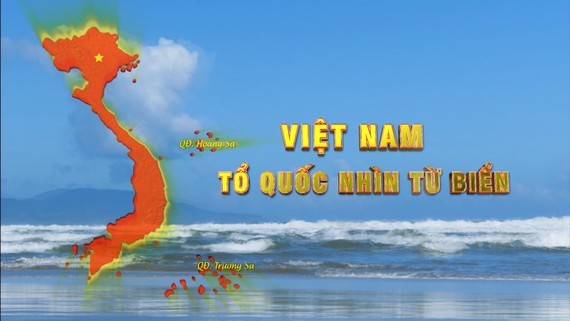 The documentary film titled “Viet Nam-To quoc nhin tu bien” (Vietnam- The country is seen from the sea) will be broadcast nationwide from December 1.
The picture produced by the People’s Documentary Film Center of the People’s Newspaper will be released to celebrate the 40th anniversary of the adoption of the United Nations Convention on the Law of the Sea (UNCLOS) and 10 years of the Vietnam Maritime Law.

The documentary has three parts. The first part introduces historical evidence affirming the country's sovereignty over its sea and islands, such as Truong Sa (Spratly), Hoang Sa (Paracel), Con Dao, Phu Quoc; the remaining parts present sea-island economy, fisheries and aquaculture industries, sea tourism; and sea-island culture. The film which was prepared and filmed in 28 provinces and cities throughout the country from 2019-2020 has 40 volumes with 30 minutes each. 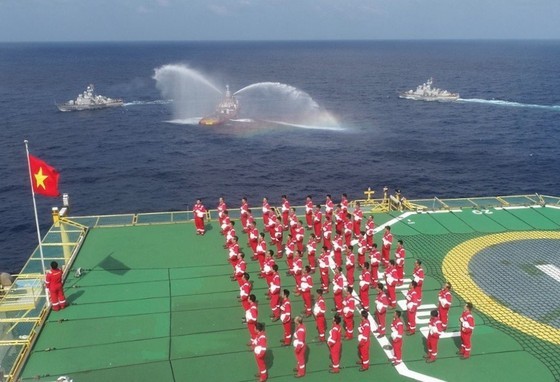 A scene in the film
The movie comprehensively presents a multidimensional aspect of Vietnam’s sea and islands, history, and the important role of the sea and islands in the Vietnamese people’s life from the past to the present.

Director of the People’s Documentary Film Center, journalist Nguyen Le Anh who is the general director of the documentary said that the movie will present to audiences many valuable documents which are collected and kept in archives at home and abroad, such as administrative documents and woodblocks from the Nguyen dynasty, ancient maps and notes showing the sovereignty of the Vietnamese State over the archipelagos and islands through historical periods.