The festival aims to honor artisans, traditional craft villages and famous silk and brocade making areas at home and abroad; and encourage ethnic minorities to preserve and promote their traditional cultural charcterictics and look for market opportunities. The provincial authrities also hopes the event will be a chance for the tourism development of Dak Nong.
The festival includes many activities, such as the opening ceremony, an exhibition of embroidery, a fashion show featuring embroidery designs, a conference promoting and calling for investment in tourism projects, Miss Tourism Vietnam 2020, and others.
The highlight is a ceremony of receiving the UNESCO's recognition certificate for Dak Nong Geopark as UNESCO Global Geopark.
Dak Nong Geopark has been recognized as UNESCO’s Global Geopark at the 209th session of the UNESCO Executive Board held in Paris, France on July 7. This brings to three Geoparks in Vietnam that have been accredited as UNESCO Geoparks, including Dong Van Karst Plateau Geopark in Ha Giang province and Non Nuoc Cao Bang Geopark in Cao Bang province and now Dak Nong Geopark.
Located in the Central Highlands province of Dak Nong, Dak Nong Geological Park covers on an area of more than 4,700km2, stretching over 5 districts of Krong No, Cu Jut, Dak Mil, Dak Song, Dak G'Long and Gia Nghia town.
The most special feature of the park is Krong No volcanic cave system which was found in 2007 with nearly 50 caves and the total length of 10,000 meters. It has been recorded as the longest one in the Southeast Asian by the Japan Volcanic Cave Association. Scientists discovered the traces of prehistoric people around 6000-7000 years ago in the volcanic cave area.
The flora and fauna system in the Geopark is very rich with many varieties, precious and rare species. Of which, many are listed in Vietnam Red Book and the World's Red Book. Nam Nung Nature Reserve, Ta Dung National Park, Dray Sap Waterfall and special-use forest and Yok Don National Park are highlight destinations of the park. 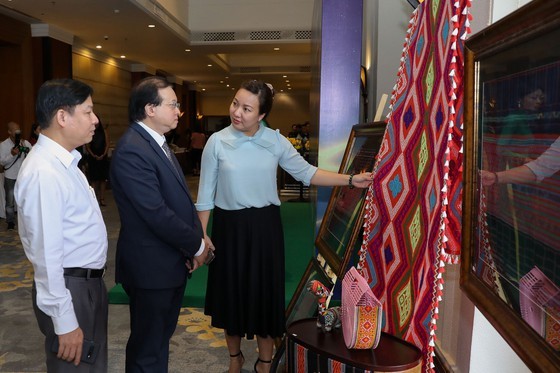 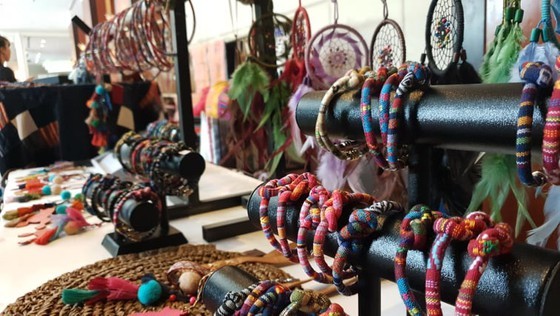 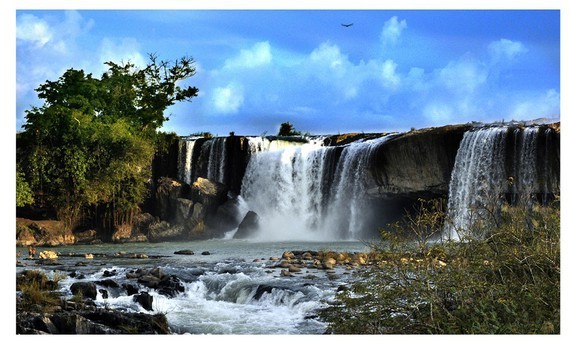 A waterfall in Dak Nong geopark