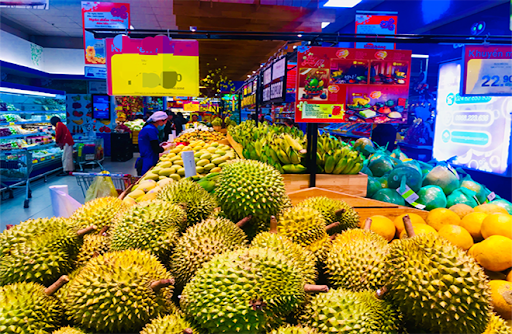 Illustrative photo (Source: moit.gov.vn)
Australian-based Bato Ausales said it sold 7 tonnes of frozen Ri6 durians from Vietnam just hours after the completion of customs clearance.
Phuc Truong, director of the company, said more than 200 tonnes of the fruit will be quickly imported to serve local distributors’ demand.
Another importer, Uu Dam Australia, also posted its successful distribution of 80 tonnes of the frozen durians, with the company soon receiving 49 more tonnes.
The company unveiled its plan to intensify investment in its production facility in Vietnam for an export of up to hundreds of tonnes per year.
In the past, Thai and Malaysian durians used to dominate the Australian market. The Vietnamese fruit have to date gained its foothold, with a host of brands availabe including Asean Produce, Vin Eni, Basel, and Uu Dam.
Nguyen Phu Hoa, head of the Vietnam Trade Office in Australia, said the agency began its market survey and building a promotion strategy for Vietnamese durians in 2019, helping the products gain a strong competitiveness.
According to him, the promotion followed a closed process toward a final goal of building an outstanding trademark.
He said more trademark development activities, particularly advertising, will be launch in the coming time.