Vietnam’s high-tech industry has seen a new investment wave. Last week, the northern coastal province of Quang Ninh held a ceremony to grant a licence for Jinko Solar Technology Ltd of Hong Kong to invest in a photovoltaic cell technology project worth US$500 million. 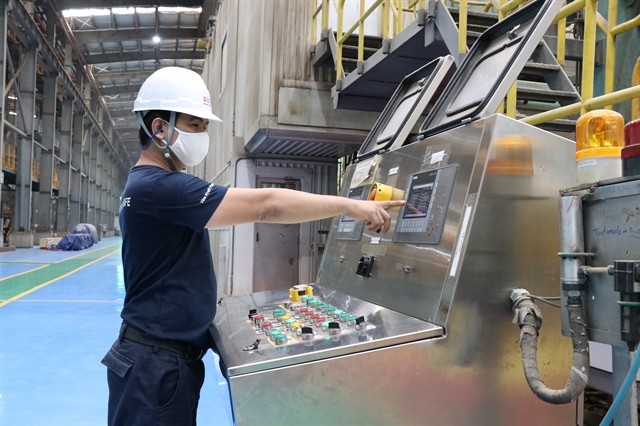 Austrian printed circuit board manufacturer AT&S has been studying several locations in Vietnam to build two factories worth 1.5 billion euros ($1.78 billion).
The company will make a decision on the location in mid-April and start construction at the end of this year. It expects to complete work within a year.
Do Nhat Hoang, Director of the Foreign Investment Agency (Ministry of Planning and Investment), said the new investment wave in the high-tech sector was because tech giants like Samsung, Foxconn, Luxshare, and Intel had ramped up their investment and production capacity in Vietnam.
Hoang said most of the global tech giants already had invested or sought investment opportunities in Vietnam.
He said to welcome this new investment wave, the Vietnamese Government had worked out a series of important requirements. In the middle of last month, Prime Minister Nguyen Xuan Phuc officially issued the new requirements for high-tech enterprises.
Accordingly, high-tech enterprises with a total investment capital of VND6 trillion ($260 million) and a number of 3,000 employees or more must commit to spend at least 0.5 per cent of their capital for research and development (R&D). Enterprises with a total capital of VND100 billion and 200 employees or more must commit to at least one per cent of their total net revenue.
An anonymous investor said under the new requirements, foreign investors would avoid the “heavy burden” of commitments for R&D activities. Under the new requirements, spending for R&D will also include depreciation of infrastructure investment, fixed assets, vocational training, recurrent expenditures and royalties.
In the past, after the High-technology Law took effect on July 1, 2009, investors increasingly complained about the high requirements for investment projects to be recognised as “high-technology projects.” Commonly cited complaints include the limited number of products that were listed as high-technology products, that high-technology enterprises must commit at least one per cent of their annual revenue towards (R&D), and that at least five per cent of total workers must be involved in R&D activities.
Hoang said the Ministry of Planning and Investment (MPI) was collecting comments from ministries and agencies before submitting to the Government for approval on special investment policies.
Hoang said under the new regulations, special incentives will be given to innovation hub projects, including National Innovation Center, R&D projects, and large-scale projects.
“We have proposed four criteria to determine those eligible to enjoy special incentives or not that include technology, technology transfer, participation of Vietnamese businesses in value chains and value added in Vietnam,” said Hoang.
With special incentives, preparation of premises, energy, high-quality human resources, and improvements in the business climate, Vietnam would attract more investment in high-tech projects in the future, said Hoang.