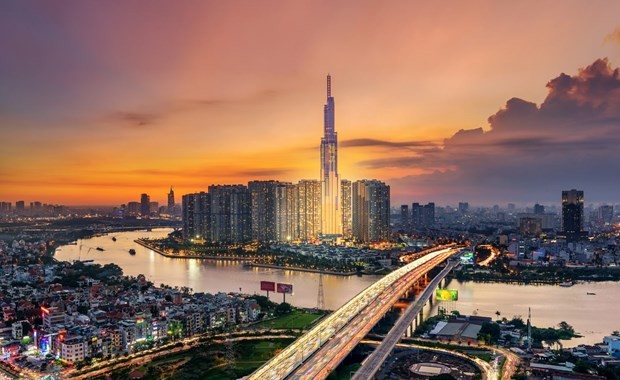 Illustrative image (Photo: baoquocte.vn)
The Ministry of Foreign Affairs and Vietnam Economic Times co-held the Connections for Development Forum 2021 held late last month, with the theme “Seizing New Opportunities for Localities and Businesses”.
Addressing the forum, Deputy Prime Minister Pham Binh Minh said that Vietnam is emerging as an attractive investment destination in Asia and its nation brand value is growing at the fastest rate in the world, rising nine places to 33rd in the top 100 nation brand rankings.
The FDI sector has become an important driver of Vietnam’s economic growth, with its contribution to GDP rising considerably, he noted.
As of December 2020, Vietnam had a total of 33,070 FDI projects worth over US$384 billion, with US$231.86 billion, or 60.4 percent of funds, disbursed.
Minh said registered and disbursed capital during 2016-2020 increased sharply compared to previous periods, adding that although 2020 was full of difficulties, investors maintained their trust in Vietnam’s market and investment climate and expanded their operations in the country. 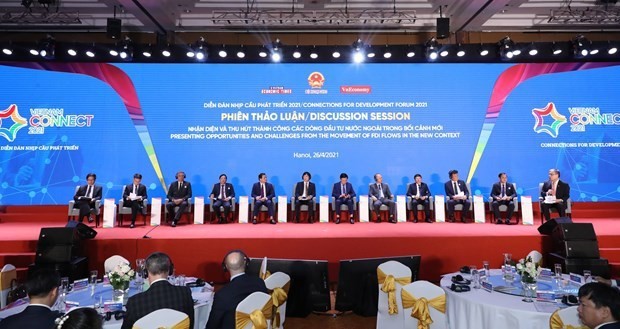 The Connections for Development Forum 2021 held on April 26 by the Ministry of Foreign Affairs and Vietnam Economic Times (Photo: VNA)
Representing the business community, Chairman of the Vietnam Chamber of Commerce and Industry (VCCI) Vu Tien Loc said economic sectors in Vietnam have had their roles clearly defined by the Party and State.
On the basis of existing orientations and the legal foundation, FDI enterprises have a number of favourable conditions to operate effectively and contribute more to the development of localities and Vietnam’s economy, Loc said.
Representatives from the American Chamber of Commerce in Vietnam (AmCham), the British Chamber of Commerce Vietnam (BritCham), and the European Chamber of Commerce in Vietnam (EuroCham), shared a view that the country’s brand and stature in the international arena have improved considerably in recent years, which is an important prerequisite for cooperation between localities and investors and between foreign and domestic businesses.
Heads of the Korea Chamber of Business (KorCham) in Vietnam and the Japan External Trade Organisation (JETRO) in Hanoi also spoke highly of Vietnam, describing it as a safe destination for development.
They held that localities’ professionalism and transparency have been creating substantial momentum for investors to conduct and expand investments in large and hi-tech projects. 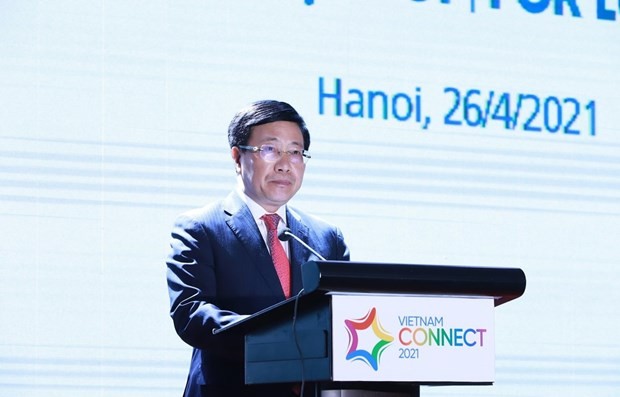 Deputy Prime Minister Pham Binh Minh addresses the forum (Photo: VNA)
Minh said the Government will focus on four issues: firmly maintaining a stable socio-political environment, improving the quality and transparency of policies and laws, prioritising investment in infrastructure development, and reforming the business environment and administrative procedures, especially those relating to land and site clearance.
He emphasised that the Government welcomes foreign investors coming to conduct long-term business and actively contribute to the country’s development.
In the time ahead, the FDI sector will remain an important driving force helping to realise Vietnam’s aspirations for prosperity, he added.