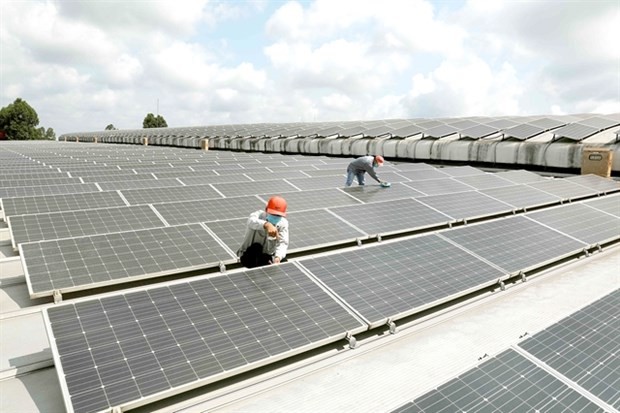 "There are a few reasons why renewable energy stocks have risen sharply in recent times, such as predictions that this power source will account for the largest proportion in the total capacity of Vietnam's power sources. The commitment of the Vietnamese Government to achieve net emissions of "zero" in the recent COP26 is a great motivation for businesses to continue participating in and expanding the exploitation of renewable energy sources, namely solar power, wind power,” said Ha Duc Tung, analyst of VNDirect Securities JSC.

Bamboo Capital Joint Stock Company (BCG)'s net profit in nine months reached VND701 billion, up nearly 579 percent over the same period last year. According to BCG, this growth was achieved thanks to the cash flow earned from renewable energy projects that were energized at the end of 2020.

Many analysts forecast renewable energy stocks still have room for growth in the long term.

Yuanta Securities Vietnam Joint Stock Company forecast that electricity demand will grow by 9.8 percent per year to support the expected GDP growth in the 2021-2030 period from 6.5-7 percent.

With the same opinion, Agriseco Research assesses that the electricity industry will achieve good growth this year following the recovery of the economy. In the medium and long term, thermoelectric power and renewable energy are expected to gradually replace traditional energy sources such as coal and hydroelectricity.

According to Agriseco Research, thanks to the application of technology and price competition among the world's turbine and solar cell suppliers, net costs, which include installation costs, management costs, operation management, repair costs, in the life cycle of renewable energy projects tend to decline sharply.

As a result, the installation costs of solar and wind power projects onshore may be cheaper than coal power projects in the next few years when the equipment market is saturated.