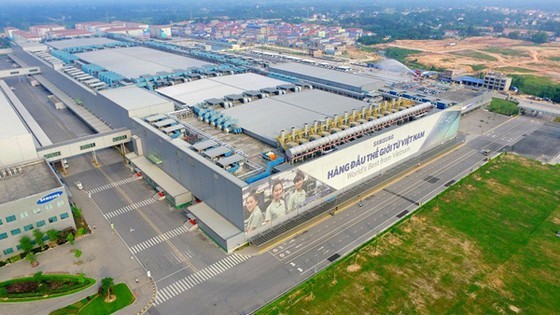 A view of Samsung factory in Thai Nguyen Province
At the event, Deputy Minister of Planning and Investment Nguyen Thi Bich Ngoc said the figures showed the Vietnamese Government’s special attention to investors and business climate improvement.
The Government has listened to investors’ proposals and tasked ministries, localities and sectors involved with tackling their difficulties, she added.
Representatives of participating FDI firms said they believe in Vietnam’s business climate and hoped the authorities to continue prioritising vaccinations for workers, opening the market for production recovery, and simplifying administrative procedures.
Choi Joo Ho, President of Samsung Vietnam, stated Samsung will not change its investment strategy in Vietnam. 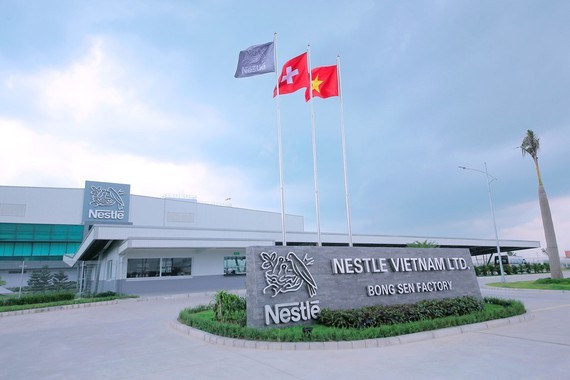 Nestlé Vietnam has decided to invest $132 million in building a new plant in southern Dong Nai province over the next two years
In time to come, Samsung will continue to expand production and invest in equipment in its six factories operating in the nation, while upgrading and investing more in research and development to make Samsung Vietnam a major production base in the world, he added. Samsung Vietnam is building a US$220 million R&D center in Hanoi.

Binu Jacob, CEO/Managing Director of Nestlé Vietnam, said the group has decided to invest $132 million in building a new plant in southern Dong Nai province over the next two years in a bid to turn Vietnam Nestlé's production centre in Asia and Oceania.
Vice Chairwoman of the Dong Nai People’s Committee Nguyen Thi Hoang pledged the local authorities’ support for enterprises and their production recovery.
Dong Nai will further create a favourable environment for FDI firms to invest in the southern locality, she affirmed.