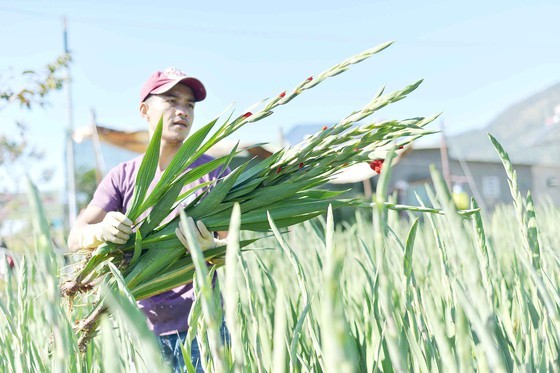 Many flower farms in around Da Lat City exuberantly processing ornamental flower orders for the upcoming Tet Holiday, which is only a few days to go.

To process orders on time, many farms in Lam Dong Province have to through the night. Since the surface area of flower farms decreases this year yet the market demands do not, a price increase has been forecast, which is quite good news to farmers.

According to farmer Huynh Minh Tuan in Tan Quy Dong Ward of Sa Dec City, a pair of Jungle geranium pots are normally priced at VND350,000 ($15.5). Certain large pots are even sold at VND1 million ($44). He informed that 80 percent of his flowers have been packed for wholesale.

Near Tuan’s farm is the flower farm of Nguyen Van Ut, who specializes in hydrangea. Normally grown in cold areas, now this flower is modified to suit a more tropical climate, and is always in the favorite list of young people in the Southern region. This year, he has sold 10,000 pots already, with the price of VND45,000-130,000 each ($2-5.7).

Also because of a reduction of farm surface area, the flower crops this year can barely answer the needs of the market, leading to rather high prices.

Another famous flower village in the Mekong Delta is sited in Cho Lach District of Ben Tre Province. Most farmers reported that they have already sold 70 percent of their produce to wholesalers. Specializing in shaped ornamental plants, farmers in this district can sell a pair of tiger-shaped plants at the price of VND5-6 million ($220-265).

Moving to the capital of Ochna integerrima (yellow Mai flower) in the Central region of Vietnam – Nhon An Village in Binh Dinh Province, it is easy to see the bustling activities of wholesalers in local markets. Reports reveal that each household in this village can earn over VND266 million ($11,745) this Tet Holiday. The price of each flower pot here ranges from VND500,000-2.5 million ($22-110) thanks to the especially favorable weather conditions this year. 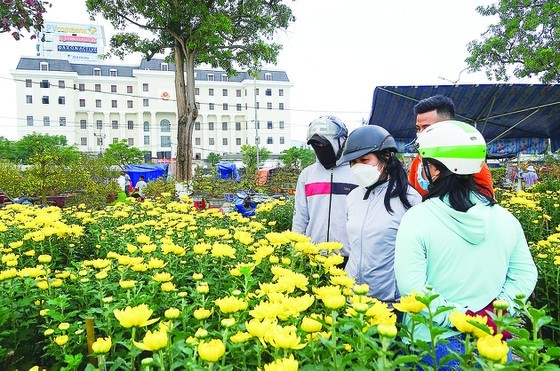 Sadly, in certain places of Vietnam, the situation is not as bright. The flower market in Da Nang City is rather quiet, with only a few people coming to buy small ornamental flowers or ornamental mandarin orange trees. Even with sale-offs from VND1.5 million ($66) of the previous years to only a few hundred thousand of VND this year, not many customers seem interested.

Similarly, in Thua Thien – Hue Province, farmers only grow low-value common flowers like daisy or gerbera. However, it is now the 23rd of the 12th lunar month already, yet not many wholesalers make orders. The local authorities are trying their best to connect to wholesalers and retailers all over the region to help farmers, along with encouraging policies like warehouse fee exemption or reduction.