Data reveals that Ninh Thuan has the lowest rainfall in the country and abundant sunlight and wind resources, with wind speeds during 10 months of the year at 6.4-9.6 metres per second, which can ensure the stable operation of wind turbines.

A further 841 MW has been added to this planning, following the Prime Minister’s approval. 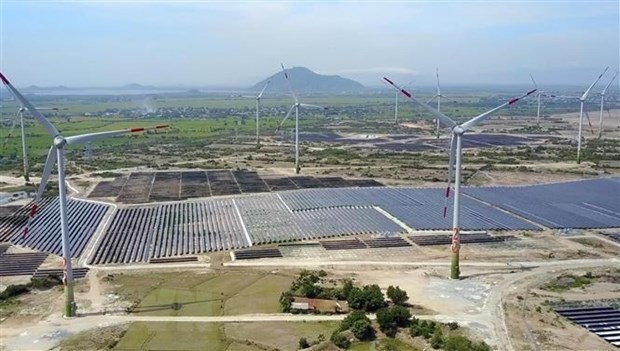 The provincial People’s Committee has given in principle approval to 15 projects with a total capacity of 766.45 MW, three of which, 181.55 MW, have already been put into commercial operation.

Regarding solar power potential, the province boasts considerable solar radiation and a long sunshine duration, about 2,600-2,800 hours and 200 days each year, with solar radiation totalling over 230 kcal per square centimetre.

Chairman of the provincial People’s Committee Tran Quoc Nam said it has given in principle approval to 37 solar power projects with total capacity of 2,576 MW, including 32 projects with 2,256 MW already operational.

Ninh Thuan has also issued planning for the Ca Na liquefied natural gas (LNG)-fired power centre, which will have a capacity of 6,000 MW, and is selecting investors for implementation. 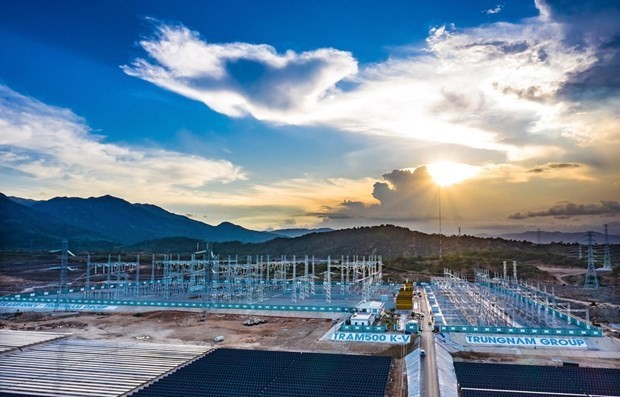 Investment in and the operation of renewable energy projects have greatly contributed to local socio-economic development. They have also helped the province’s economic structure have a higher proportion of clean energy, contributing greatly to the local budget and creating more than 17,380 jobs.

Nam noted that Ninh Thuan is paying attention to both environmental protection and socio-economic development, adding that environmental impact assessments have been made for all renewable energy projects.

In the time ahead, he added, it will propose central agencies provide more mechanisms and policy support for the province, such as supplementing renewable energy planning and developing power transmission lines.