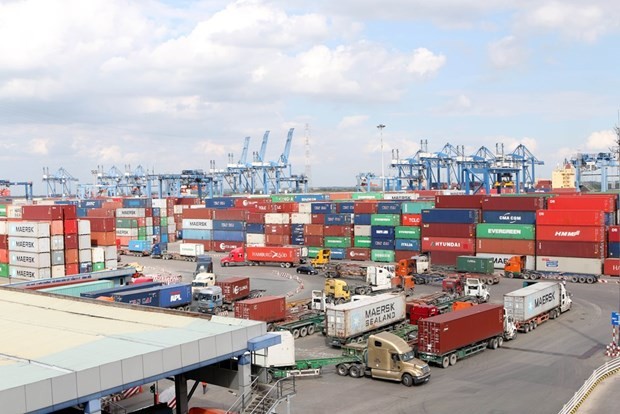 Illustrative photo
The export revenue of the FDI sector still increased in the January-September period by 22.9 percent to nearly US$178 billion.

As of September 20, $12.5 billion was poured into 1,212 newly-licensed projects, up 20.6 percent in value but the number of projects was down 37.8 percent over the same period last year. Meanwhile, $6.6 billion was added into 678 underway projects, a year-on-year rise of 25.6 percent in capital but down 15.8 percent in project number.
Foreign investors also invested nearly $3.2 billion to share purchase deals, down 43.8 percent compared to the same period last year.
So far this year, the disbursement of FDI fell 3.5 percent year on year.
Leaders of the Foreign Investment Agency attributed the decreases in the numbers of new and expanded projects to the travel restrictions and long quarantine policy, which made it hard for foreign investors to make surveys for their planned projects. Lockdown and travel restriction measures also affected operations of FDI firms, they added.
Among 18 sectors receiving investment from foreign investors in the first nine months of this year, processing manufacturing took the lead with $11.8 billion  accounting for 53.4 percent of the total FDI. It was followed by power production and distribution with over $5.5 billion .
Meanwhile, Singapore led 94 countries and territories investing in Vietnam in the period with total investment capital of nearly $6.3 billion, followed by the Republic of Korea with over $3.9 billion, and Japan with nearly $3.3 billion .
The Mekong Delta province of Long An attracted the highest amount of FDI during the period with over $3.6 billion including $3.1 billion in a big energy project.
Northern port city of Hai Phong came second with $2.7 billion, while Ho Chi Minh City came third with nearly $2.4 billion.
The export revenue of the FDI sector still increased in the January-September period by 22.9 percent to nearly $178 billion.