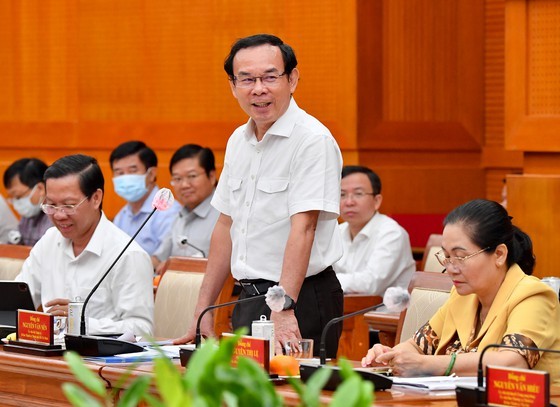 Via the working, the HCMC side unified some proposals of Binh Duong Province related to the policy of lifting clearance above the bridge floor of Binh Trieu 1 Bridge, Binh Phuoc 1 Bridge and assigned relevant units to consult investment policy for the construction projects from city budget in the period of 2021 – 2025.

Regarding the Binh Duong Province’s proposal on synchronizing the schedule of the Ring Road No.4 at the section of Phu Thuan Bridge connecting with Sai Gon River, the HCMC People’s Council has posed the plan for 2021 – 2025 regarding the preparation of component projects of Ring Road No.4 in the city.
Currently, the city is implementing the procedures for the investment of component projects in the city synchronizing with the Ring Road No.4 progress in the provinces of Dong Nai, Binh Duong, Long An and Ba Ria – Vung Tau. 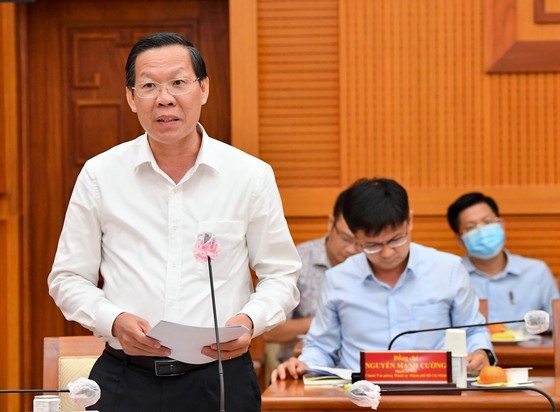 Chairman of the HCMC People's Committee Phan Van Mai speaks at the discussion.
As for the connection with the National Highway 1A, the Municipal People’s Committee agreed with the Binh Duong Province’s proposal on performing the site clearance for cases under the site clearance areas of the three projects above in Binh Duong Province and the areas serving the implementation of the path construction heading to National Highway 1A.

In addition, the working session also focused on the Song Than intersection, connecting streets of An Binh, Dao Trinh Nhat to Pham Van Dong Street; National Highway No.13, the HCMC – Binh Duong – Chon Thanh Expressway along with expansion projects of Ha Noi Highway and Nation Highway No.1, a section from Station 2 T-junction to Tan Van Intersection, traffic intersections between the two localities, roads connecting streets on Sai Gon Riverside; HCMC – Can Tho Railway, and so on. 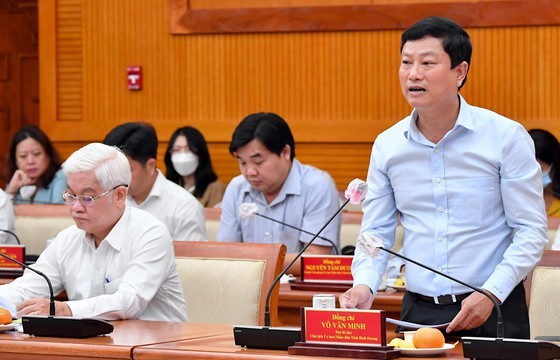 Chairman of the Binh Duong Province People's Committee Vo Van Minh
Besides, the two localities also discussed the proposed agricultural land compensation price for some projects. In addition, the city also proposed to expand Metro Line No.1 to the provinces of Binh Duong and Dong Nai. 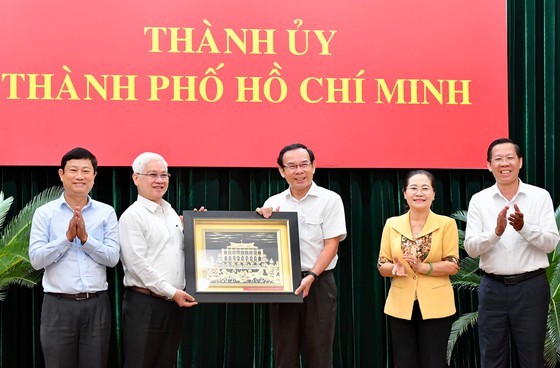