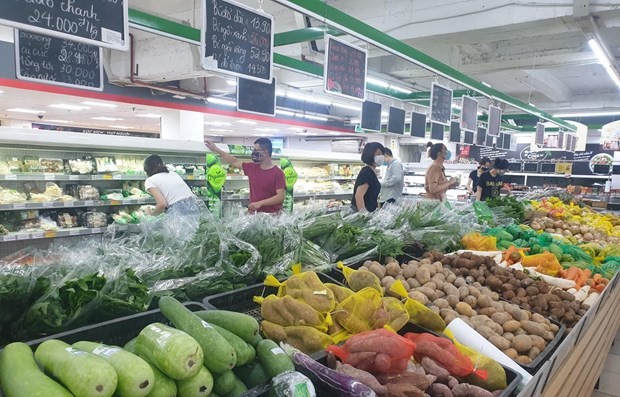 Commodities at a supermarket in Vietnam (Photo: VNA)
Among the groups of products and services in the CPI basket, increases were seen in transport (1.08 percent), and restaurant and catering services (0.51 percent).

The group of post and telecommunication services saw the largest contraction of 0.68 percent in the month, followed by culture, entertainment and tourism (0.08 percent); and garment-textile, footwear and headwear (0.04 percent), while that of equipment and household appliances fell 0.01 percent.

The prices of medicine and medical services remained stable compared to the previous month.

The Statistics Office also reported that the gold price grew 1.34 percent month on month, bringing the figure up 21.56 percent in Jan-May.

The US dollar exchange rate declined 0.25 percent compared to the previous month, making the five-month figure down 1.14 percent.