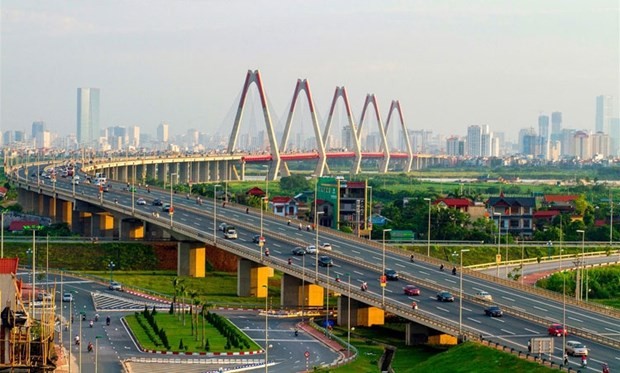 Nhat Tan Bridge spanning the Red River in Hanoi (Photo: VNA)
The proposal was submitted to the 15th National Assembly (NA) at the first extraordinary session opened on January 4.

In this package, the Government plans to increase overspending by VND240 trillion in 2022 and 2023 to provide direct aid from the State budget, including VND64 trillion in tax, fee, and charge reduction; and spending directly from the budget by VND176 trillion.

It will allocate about VND6.6 trillion from the central budget as house rent assistance for workers, cut VND6 trillion in expenses for businesses, and raise the limit of Government-guaranteed bond issuance by a maximum of VND38.4 trillion for the Vietnam Bank for Social Policies to offer concessional loans helping with job provision.

In the package of monetary solutions, the Government suggested lending interest rates be cut by at least 0.5-1 percent in two years, aside from other policies supporting enterprises.

Talking at group discussions, most of legislators noted these are supplementary policies which have not been included in the fiscal and monetary measures approved in the socio-economic development, financial, public borrowing and debt repayment, and public investment plans for 2021 - 2025, and that they met demand in reality amid severe impacts of the Covid-19 pandemic.

They added the fiscal and monetary packages will act as a stimulus helping the economy surmount difficulties soon, avoid the undermining of growth drivers in the long term, and catch up with the world’s economic recovery process.

President Nguyen Xuan Phuc, who is an NA deputy of Ho Chi Minh City, said the fiscal package of Vietnam is small compared to those of other countries, but it is at the minimum necessary level.

He held that resources should be prioritized for health care since the grassroots health care system is still weak. Besides, it is necessary to enhance enterprises' and investors’ trust through frequent dialogue and settlement of obstacles facing them. 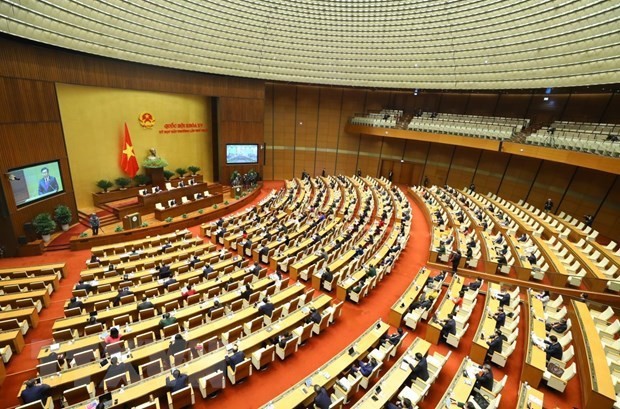 A plenum of the 15th NA's extraordinary session (Photo: VNA)
NA Chairman Vuong Dinh Hue, a deputy of Hai Phong city, said the proposed fiscal and monetary policies were designed to stimulate both supply and demand, with a large enough scale and a long enough duration, which can be effective for the economy.

However, as they are supplementary policies, the parliament needs to discuss thoroughly and the Government should seriously consider the issues pointed out by the verification agencies and NA deputies so as to ensure maximum effectiveness. In addition, swift and efficient implementation is needed as there are only two years for the urgent aid packages to be carried out, according to him.