At the present, several farmers have entered pumpkin peak harvest. According to Mr. Pham Bien, chairman of the Association of Farmers of Binh Chau Commune, there are more than 100 households growing pumpkins on hillsides with total area of around 3 hectares. This year, productivity reached 1 tons per 500 square meters. Farmers have had a good crop but the price of pumpkin is extremely low, merely at VND4,000-VND5,000 per kilogram.

From the afternoon to the evening, farmers go to the hill behind the village to collect pumpkins. Mr. Do Luu, a local farmer, said that favorable weather without much rains had helped pumpkins to develop strongly, each pumpkin weighed from five to six kilogram. He grew pumpkins on an area of 1,250 square meters and collected nearly 2 tons of pumpkins.

Similarly, Mr. Vo Van Anh also planted pumpkins on an area of 2,500 square meters and harvested 4 tons of pumpkins. He said that local farmers have grown pumpkins for a long time. When harvesting, farmers can sell shoots, flowers, leaves and fruits of pumpkin so they sell pumpkins at both local markets and to traders. He said that the price of pumpkin were merely VND5,000 per kilogram last year but thanks to farm produce rescuing program farmers were able to sell pumpkins at VND6,000 per kilogram. This year, the price is currently unstable so farmers hope to sell all their pumpkins to finish this crop. As long as the price will not decline further, they will break even.

According to Mr. Anh, the highest price of pumpkin was VND7,000-VND8,000 per kilogram or even VND10,000 per kilogram. However, the price is low this year, making farmers concern. Some farmers agreed to sell by the number of fruits, each pumpkin costs around VND10,000, depending on its weight. On average, farmers earn around VND6-7 million per 500 square meters when selling all parts of pumpkin vines, including fruits, shoots, flowers and leaves.

Mr. Nguyen Tan Sy who planted 1,000 square meters of pumpkins and harvested 2 tons of pumpkins, also said that this year farmers have had a bumper harvest but the price is still low compared to previous years. 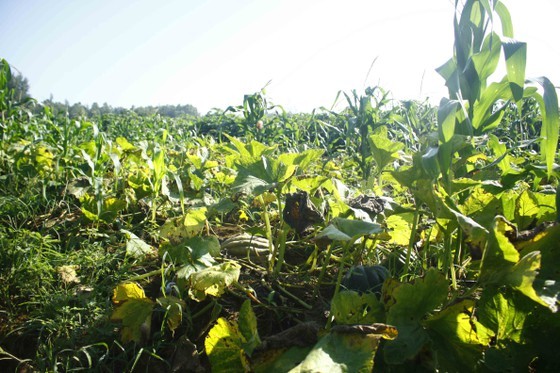 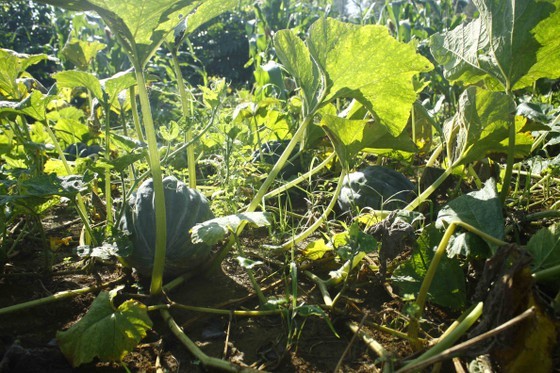 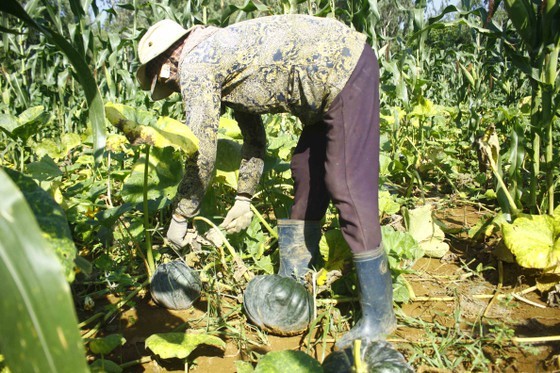 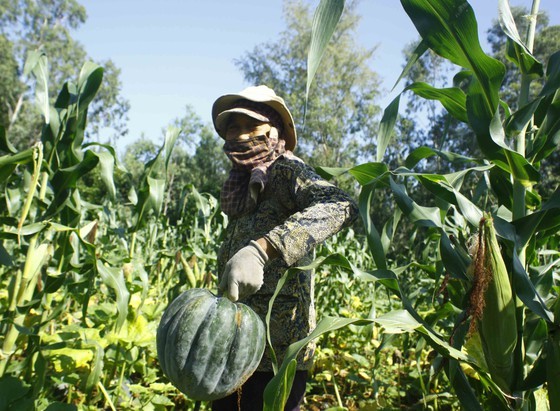 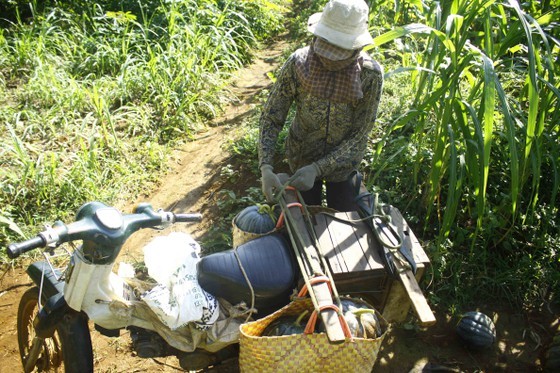