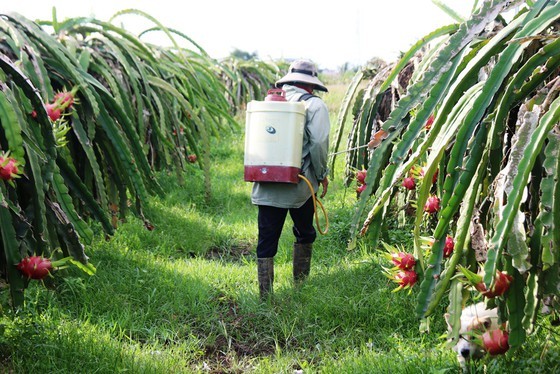 Dragon fruits have ripened, but no traders asked to buy them. (Photo: SGGP)
On March 1, many fruit traders in Binh Thuan Province said that the price of dragon fruits was only at VND500-VND1,000 per kg on average. The most beautiful dragon fruits (for export) fetched only VND1,500 per kg.

In the past three days, Nguyen Van Be, a farmer in Ham Thuan Nam District in Binh Thuan Province, had been seeking for traders to buy about 7 tons of ripe dragon fruits of his family.

"Many traders came to my orchard and left without saying a word. A few offered VND500 per kg. I really could not believe it. After many times of bargaining, I finally had to sell dragon fruits to a trader for VND700 per kg, earning less than VND5 million for 7 tons of dragon fruits," Be sadly said.

Sharing the same situation, the family of Phan Ngoc Thuan, a farmer in Ham Thuan Bac District, said that from mid-2021 to now, his family had grown four off-season dragon fruit crops, but all failed because the price kept dropping.

"I have just sold 5 tons of dragon fruits to a trader for more than VND2 million. Fortunately, I was able to sell dragon fruits. Many other farmers could not sell their products, and they had to hire laborers to clean their orchards. After this dragon fruit crop, my family must temporarily stop production because there is no capital left," said Thuan. 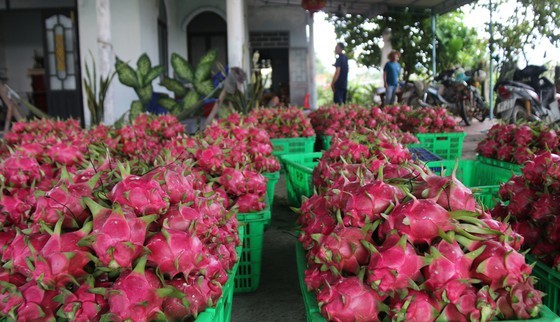 According to the Dragon Fruit Association of Binh Thuan Province, the price of dragon fruits has dropped sharply because the export of dragon fruits by road at the Northern border gate is currently congested. Meanwhile, exporting by sea is infeasible due to the scarcity of containers, as well as high transportation costs.

This fact not only makes dragon fruit growers face difficulties but many dragon fruit exporting enterprises in Binh Thuan are also struggling.

Le Thi Thu Hang, the owner of a dragon fruit establishment in Ham Thuan Nam District, said that the current cost to export dragon fruit to China tripled compared to previous years. However, when transporting dragon fruits to the Northern border gates, they could not pass customs clearance, causing damage to the fruit. Costs increased sharply, and businesses suffered heavy losses. 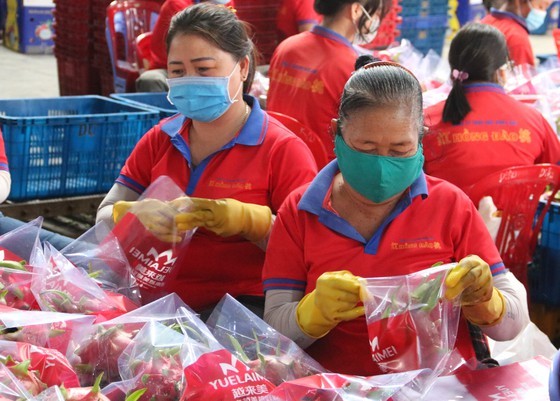 Specifically, the Ministry of Agriculture and Rural Development, the Ministry of Industry and Trade, and relevant units are proposed to negotiate with the Chinese authorities to accelerate customs clearance to promote the consumption of the current backlog of dragon fruits and ask border gates in Northern localities to create the best conditions for customs clearance.